Alex Tarrand on the power of data 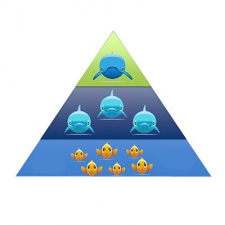 Irvine, CA developer MobilityWare might not be well known in the mobile game market.

One reason is its focus to-date has been on casual card games, notably its Solitaire card game range, which includes the 200 million-downloaded Solitaire.

Yet, as it branches out into social casino, and more recently, a broader range of casual games including match-3 puzzlers, its growth is now based on as sophisticated live ops as any mobile strategy or RPG outfit.

"We really started to ramp up our efforts in 2015," says head of live ops Alex Tarrand, who joined following stints with Disney Mobile, Microsoft and the NFL.

One particular focus was Blackjack Free.

Released way back in 2008, the mainly ad-funded game was treading water, with a small elderly audience that typically churned out after a couple of months.

"There was a table system but it was buried so our big question was how do we deal with short and midterm retention?" Tarrand says.

Redesigning the game's UX uncovered the table system, while other key additions were the achievement and leaderboards systems.

Our big question was how do we deal with short and midterm retention?

These features combined synergetically to bring much needed progression to the game, increasing engagement and session length.

More generally, adding progress also increased the value of the game's in-game currency, which previously had become more worthless the more you played because there weren't any obviously sinks.

"As soon as we added achievements, we found people used up their credits and wanted more because every hand can be a sink," Tarrand points out, adding that revenue from IAPs started to outpace ad funding.

Indeed, the changes resulted in a 400% in IAP spending and a 300% increase in daily active players.

But it's not just Blackjack that's undergone changes.

With the addition of Tarrand and others, including product managers and data analysts, MobilityWare is now a very different company.

It's all about building value.

Indeed, he enthuses on how the company has "fallen in love with segmentation".

"We started with 3 segments for spenders and 3 for non-spenders, but then we split out our 'dolphins' [tier 2 spenders] so we could offer unique deals that were hugely compelling," he says.

Having additional granularity for the group of payers inbetween whales and minnows is important because they're the biggest opportunity of engaged players who can be better monetised.

"It's all about building value," Tarrand says.

"We're not aggressive but we use things like rewarded video ads to move these players up a paying funnel."

And the results of this work are clear to see. Not only is MobilityWare profitable, it's seeing month-on-month revenue peaks.

Now it's looking to expand further. It's launched what Tarrand calls 'micro-games' for Apple Watch and Apple TV to experiment with very short session gameplay, and also has three casual games in soft launch.

So, of course, it's hiring, especially live ops and social staff.

Find out more in our HR interview with the company and check out open jobs on the career page.