How PopCap entered the collectible card game genre with Plants vs. Zombies: Heroes 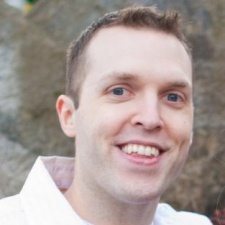 Plants vs. Zombies was one of the first major mobile hits.

Launched in 2010, the light-hearted tower defence title launched just not a successful series of games, but a popular brand.

And more recently the franchise has turned to console with the 2014 multiplayer shooter Plants vs. Zombies: Garden Warfare and its 2016 sequel.

Leading design on the title is Creative Director Devin Low, whose track record makes this an ideal project.

No newcomer to the CCG genre, he spent five years as Head Developer of Magic: The Gathering. He was also Lead Designer on Legendary: a Marvel Deck-Building Game and its 12 expansions.

PopCap, however, is new to the genre. So what's inspired this move and what's the process been like? To find out, we reached out to Devin Low following the launch of Plants vs. Zombies: Heroes.

PocketGamer.biz: Why did you decide that the next step for Plants vs. Zombies on mobile should be in the CCG genre?

In all the CCGs I’ve worked on, the biggest challenge is that the genre is sometimes considered intimidating, hard to learn or for a niche audience.

The mission of Plants vs. Zombies: Heroes is to solve that challenge head-on.

CCGs are considered intimidating, hard to learn, or for a niche audience.

Specifically, we created an awesome collectible card game that is accessible and easy to learn for a mass audience, while still retaining the strategy and depth that CCG fans love.

Three years ago, I was working on another of PopCap’s games: Solitaire Blitz. I started tinkering on the side with what a Plants vs. Zombies CCG could look like.

I kept expanding the circle and improving the game until PopCap agreed to let me spend a fraction of my work hours on the project and collaborate with two exceptional engineers, Rain Zhang and Shane Steward, to make a digital prototype.

We got some momentum and buzz in the company, and soon we had half a dozen people working on it.

Then we formally pitched PopCap and EA a couple of times, got their approval and funding and eventually went into full production and made the game real.

PopCap has amazing talent and I’m thrilled to have the opportunity to work with so many great people.

It's been a few years since the last PvZ release on mobile. What do you think has been the biggest change in the market in the meantime, and how have you adapted to this with Heroes?

Two big changes in the mobile marketplace come to mind.

First: there is more competition than ever before. There are far more mobile games out this year than a few years ago. That makes it hard to stand out and get noticed.

Fortunately, we have some powerful strengths there: Plants vs. Zombies is a beloved franchise with tonnes of fans. EA is a powerful, prominent publisher. And the game’s visuals and quality sell themselves.

We’re grateful to be getting so many positive reviews and so much word-of-mouth buzz.

A second big change in the mobile marketplace is that consumers are showing they want short session times that fit easily into their lifestyle.

Plants vs. Zombies: Heroes intentionally uses fast, exciting games with short session times, so players can get some CCG in when they’re waiting for the bus, getting ready for bed, and so on.

With Garden Warfare, Plants vs Zombies has found console success with a very different kind of experience. Is there anything from that success to learn from and apply to your mobile strategy?

Plants vs. Zombies: Garden Warfare has become a runaway success by taking a genre that is normally serious and a bit intimidating - shooters - and making it accessible, visual and hilarious, while keeping great gameplay.

The original Plants vs. Zombies game did the same thing by taking the niche genre of tower defence and turning it into an accessible, hilarious flower defence.

Plants vs. Zombies: Heroes spent a few months in soft launch prior to its launch. How useful was this process, and what were the most important things you learned from it?

One key tenet across all the Plants vs. Zombies teams is getting feedback from our fans and using it to make the games even better.

We did the same thing with PvZ: Heroes, using soft launches in a growing list of countries before going worldwide.

One thing we heard early on is that players wanted more ways to connect with their favorite Heroes and learn how to use them at peak power.

We reacted by adding a totally new feature: Hero Quests. Whenever you unlock a Hero, you also unlock a chain of 10 specific Hero Quests that give you rewards for exploring that Hero’s specific combinations and abilities.

So when you unlock him, you can earn rewards by completing his 10 specific Hero Quests that encourage you to master some insane bonus attack combos.

The original Plants vs. Zombies games carefully balanced accessibility and genuinely strategic play. How have you endeavoured to maintain this in Heroes?

One key point that makes PvZ: Heroes especially accessible is that our characters look like what they do.

Their appearance signals their function. For example, when a player sees a big blocky living Walnut named “Wall-Nut,” what do they think he does?

A lot of players correctly guess “okay, he’s a wall. He blocks things. He’s tough and stands in the way”.

Likewise, “Shellery” and “Carrotillery” are new to PvZ, and their names and appearance signal what they do: artillery that can sit behind other Plants and shell the zombies with high strength and low health.

Strategic depth is also a huge emphasis in PvZ: Heroes. It’s important to us that our CCG gameplay, deckbuilding and interesting tactical decisions are as good or better than any other CCG out there.

As one example, since the name of the brand is Plants vs. Zombies, we deeply emphasise that asymmetry in the gameplay.

Plants and Zombies fight in very different ways. The difference between them is woven into the very turn structure itself.

Zombies get played to the board first. Then the plant player plays all their plants and one-time-effects, aka 'tricks'.

Finally, the zombie player gets one final chance to play zombie tricks before they fight. So there is some tactical advantage in playing Plants after the Zombies.

But the zombies also have their own unique tactical advantage, through getting the last chance to play something before the fighting happens.

Many abilities on the plant side have no equivalent on the zombie side - the two sides use different tools and feel very different to play.

What's been your approach to implementing PvP and how important do you consider this to be for the game's long-term retention?

When we interviewed players of previous Plants vs. Zombies games, they had two top requests that bubbled to the top of the list.

For long-term retention, one great aspect of PvP is that a person’s biggest challenge can be defeating other players.

There’s an endless array of other players with their own unique strategies to battle, so players never run out of content to fight against.

Our design team has worked on a tonne of other CCGs and we’ve drawn on that experience to set up a deeply-textured multiplayer metagame.

Just as “strategies A, B, C, and D” start to become popular in multiplayer, we have tools seeded into the card sets that empower players to react and build decks that are really good against those strategies.

So perhaps then the most popular decks start to be “strategies E, F, G, and H”. Players can then find new tools in the card sets that help them succeed against those strategies.

So now a new crop of strategies is powerful. And when the time comes, we add brand new cards that shake things up again. That’s the essence of a thriving, healthy CCG metagame.

Since PvZ 1 and 2 are completely single-player experiences, we know some fans are looking for that too.

The designers on our team have worked on many CCGs before, but this is indeed PopCap’s first CCG.

So we also built a massive single-player campaign in PvZ: Heroes, with 400 handcrafted single-player levels at launch, split into a plant campaign and a zombie campaign.

Lots of the levels have special rules and gameplay twists, so it’s fun to explore and see what’s next.

What was the biggest challenge you faced in your first foray into the CCG genre?

The designers on our team have worked on many CCGs before, but this is indeed PopCap’s first CCG.

That meant making lots of new technology like card packs with rarities, PvP matchmaking, empowering players to earn packs for free through play.

You can earn any card in the game for free if you play enough and/or get lucky when opening the packs you earn.

Players who love the game and want to get specific, high-rarity cards more quickly can choose to buy in to get to extra packs faster.

To what extent is Plants vs. Zombies: Heroes considered a spin-off from the main series and are there plans for a numbered sequel at any point?

We’re psyched that PvZ and PvZ 2 are both big hits that are still going strong years after release.

For PvZ: Heroes, we have a lot of plans for expanding the game over time, especially as we collect feedback from our players.

Because CCGs have a history of releasing new content through new card sets, we’re more likely to go that route instead of a numbered sequel like Plants vs. Zombies: Heroes 2.

How has the market responded to the changing genres of Plants vs. Zombies and Best Fiends?