Testing in Australia and the Philippines 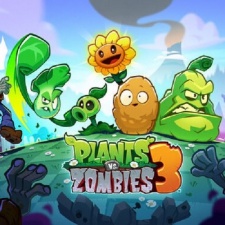 PopCap Games and Electronic Arts have soft-launched Plants vs. Zombies 3 on mobile, for the second time.

As revealed via a forum post, the popular garden warfare strategy and tower defence has returned and is currently undergoing pre-alpha testing on Android devices in Australia and the Philippines.

The pre-alpha test will be free-to-play and will not include any in-app purchases as of yet.

Players will see the return of the classic lane-based tower defence gameplay from previous games but with newly added features such as puzzles and a revamped art style.

The title initially entered a soft launch stage in 2020 in Ireland, Romania and the Philippines on iOS and Android devices.

After months of testing, the game was pulled from soft launch in order to incorporate feedback from players to return with a "better imagining" of the title.

PopCap has stated it will continue live ops for the game's predecessor, Plants vs. Zombies 2.

Get off my lawn

"Since hearing your feedback, we’ve gone back to our roots to make sure we are growing a garden every Neighborvillian can be proud of, and this limited test is our first step in building a new and improved Neighborville in PvZ 3," said EA Mobile game director Matt Townsend (via a forum post).

"You’ll notice that a lot has changed since the last time you’ve played, and we’re excited to show you what’s new!

"PvZ 3, even in this early stage, is all about capturing that classic experience we all know and love and bringing it to the modern mobile experience. We want old fans to revel in the experience and strategy, meet up with old friends, and help Dave all over Town - all while bringing in a whole new generation to help defend against the ever-looming threat of Dr. Zomboss. So we took the time to start at the basics and brought back things that made the original game great.

"We are far from a set date for PvZ 3’s official launch, this is just the beginning of us building towards an awesome future, but don't worry, we will be checking in often with new things to test and new areas to explore."

Plants vs. Zombies 3 joins several titles that have been soft-launched recently, including the first new IP from Supercell in four years, Everdale. You can view the full list here.