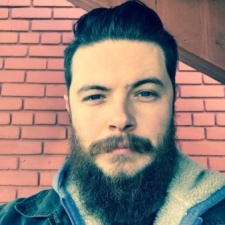 This time, it's Justin Jones with his playing habits in the spotlight. Jones is Creative Director on EA's hit Star Wars: Galaxy of Heroes.

Probably three months or so. I was aware of the game series before that, but hadn’t actually played it until the iOS release.

Even if my kingdom ends up surviving the later islands, the game has a lot of replayability so I’ll probably be into New Lands until Two Crowns comes out.

It's a deep resource management and exploration game through the veil of a dark medieval theme.

Those themes are the most compelling things about the game to me, and the chance to experience each of them again and again in different ways.

The aesthetic and sound design drive the mystery. The progression and exploration drive the discovery. And the difficulty and resource management drive the failure (which is really just more meaningful learning.)

It presents a deep resource management and exploration game through the veil of a dark medieval theme and an often cryptic UX.

It’s almost a puzzle that doesn’t necessarily have a solved state because of the way the worlds are generated.

And the game barely helps you figure out what the pieces are, much less how they connect to each other. That may sound like a frustrating thing - and it often is - but for each additional concept they chose to explain upfront, the game would have suffered in terms of its discovery.

It’s rare when both a game’s presentation and systems can completely capture me in a flow state of wonder and experimentation, but it’s a very memorable experience when it happens.

After I first downloaded it from the App Store early one Saturday morning, I spent until the afternoon playing it on my iPad and later switched to my iPhone when I eventually left the house.

The moment-to-moment and metagame choices both have enough discovery and mystery to create that ‘one more turn’ addiction.

I’ll also reinforce how great it is that an experience like this is entirely playable on mobile.

The somewhat roguelike nature of the game is such that when you fail, you typically fail hard. For a committed player, that’s fantastic for driving the learning at the early stages of the game.

I think that failure-based learning is one of the game’s strengths.

But it can be especially disheartening if you’re on day 25 and ever so slowly losing - yet your game state is not clearly failed enough to justify you quitting and restarting.

You want to hold on and turn things around and save the kingdom and people you’ve invested in. So, instead you watch your kingdom slowly fall waiting for a “comeback mechanic” or some strategy to turn things around.

To be clear, I think that failure-based learning is one of the game’s strengths and I wouldn’t change that about it.

I would however think about offering some sort of ‘deal with the devil’ or some kind of hard choice that a desperate player could make to earn a coin or people boost if they’re in trouble later in the game.

Because it’s a single-player game and not competitive, I think that some more randomly generated decision points could help draw out the player storytelling even more.

Absolutely. It highlights the importance of an interesting metagame over the moment-to-moment on mobile.

It also reinforces my belief that, in spite of popular opinion, designs should be thought about in terms of metagame-first from the very beginning of prototyping.

You need both layers of course, but the metagame is a blend of both the road ahead and the fog you’re driving through - so an element of the unknown is important to sustain interest.

The moment-to-moment is the experience of driving, which is only fun to a certain point beyond which you need to know where you’re going.

Though it may not seem like it at face value, I believe that an alchemy of mystery, discovery, and failure at different times in the player experience is at the heart of why players enjoy Star Wars: Galaxy of Heroes.

At a base level, there are random chance mechanics woven into the systems, but there are also opportunities for the ability designs on new characters we release to both align with narrative expectations and surprise players at the same time.

We approach new features and gameplay in a similar way.

It’s utterly essential. I have a goal of playing at least 10 new games a week and have kept a game journal for years.

I have a goal of playing at least 10 new games a week and keep a game journal.

My inspiration was actually the legend of Quentin Tarantino watching hundreds of films a year as a video store clerk.

Most entries are pretty short, but the point for me is to understand the intent of a design and study the techniques used in its execution, and then my own personal experience and reaction to it.

My goal is to expose myself to different design techniques and player experiences - not copy anything.

There are times where you can take a combat mechanic from this game, or a user flow from that game - but in most cases, truly elegant design requires far more thought than patchwork synthesis.

It requires matching design intent with the best technique.