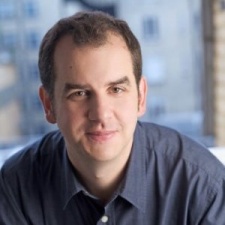 When talking about Moshi Monsters creator Mind Candy, it's impossible to ignore the rapid decline the company faced after once being a giant in kid's entertainment.

But understandably, CEO Ian Chambers doesn't want to dwell on the past.

"The state of the business has been very well publicised at this point and there's not a lot more to say," he tells PocketGamer.biz.

"Clearly the business has had fantastic success, followed by challenges. But you look at a business and you go, has it got the key things it needs to succeed? My belief when I joined was it does, and it has."

Chambers took on the role of Mind Candy CEO back in February 2016, while the company was still at a low point.

It had ended 2015 with an operating loss of £10.9 million, as well as closing down its Brighton-based studio Candy Labs. Its attempts at new IP, such as World of Warriors, had also failed to make an impact.

But Chambers still saw potential in the company.

"Mind Candy was a company I followed very closely, particularly at its peak when I was MD at IGN," he says. "I was very impressed at the time with the creativity of the business and the strength of the Moshi Monsters IP.

"What attracted me to the role was the belief that Moshi Monsters has incredible depth as an IP, but also that it's a very rare property in its creativity and its potential to be attractive to another wave of kids.

"Then there's the team – a very creative team, and many of the key players that worked on Moshi are still involved and still extremely excited and motivated to continue working on Moshi and other things."

Chambers' first step as CEO was to find a direction for Mind Candy, which began by asking an important question: what does the company do best?

What this company is exceptional at is creating environments, worlds, characters and story.

"What this company is exceptional at is creating environments, worlds, characters and story. So, we put that at the centre of our business," says Chambers.

"For me it's in two parts. One is creating these worlds and the other part is trying to give people who engage with our brands the same feeling you get when the visitors to Willy Wonka open the doors to the chocolate room – really fire their imagination and spark their creativity."

At the time, the Moshi Monsters web game was still seeing engagement - even today, Chambers says that "we've still got thousands of people playing on the Flash-based game" - but with player numbers continuing to decline, the company has turned its attention to other projects, such as its new IP, Petlandia.

An idea conceived by Mind Candy founder Michael Acton Smith, Petlandia was born out of social media's obsession with pets. The idea was to use people's pets and create personalised stories and experiences starring them.

Chambers says that when developing a new IP, Mind Candy looks at three distinct areas: apps, which could be free or paid; content, such as animation and YouTube; and also physical products.

"If you look at Mind Candy's history, it's had a strong heritage in licensed products and content – about 50/50 of the business up until I joined was licensing versus direct-to-consumer subscription revenue," he states.

"By starting from looking at a world, instead of starting with a product, we build those characters and the world and the essence of what it is, and then we start to look at what products we can create in this world."

Petlandia has so far appeared as a series of books which Mind Candy has expanded over the last year. Beginning with just one type of story, it has grown to encompass multiple stories and even a tie-in with social media star Grumpy Cat.

"Petlandia expands from there, and we're not exactly sure what that means yet," adds Chambers. "We will continue this idea of your pet being the character, and that can go into content, animation, games – it could go off in any direction."

Mind Candy's future isn't just on new products like Petlandia of course. As Chambers previously stated, it still has plans for the Moshi Monsters IP and he's bullish that there's still life in the franchise yet. But the company is taking a cautious approach to new projects.

"What we didn't want to do was go off and spend two years making something that [only] had a chance of success," he says.

"What we wanted to do was start with an idea, create something quickly that we believed in, and then, when we see success, build it from there."

The game initially launched with a very simple premise – players are shown a single egg each day containing a unique Moshi Monster, and must return each day to tap the egg and build up their collection.

We don't need to raise $50 million and I don't want to, because you have to give away a lot of equity.

The last 12 months have been spent updating and testing the game, slowly adding new features and deciding what direction to take the game, with what is considered to be a 'version 1.0' release pushed out earlier in November 2017.

Egg Hunt has grown steadily during this period having now cleared 800,000 downloads with very little marketing and Chambers says that retention is "positive and growing".

"What we want to create is something that, when the adult gives the child a device, they have 15 to 20 minutes of play a day, they learn something, they play with their characters, and they have a feeling of collection and nurturing."

Mind Candy is looking to continue growing Egg Hunt in the future – it's already added a membership model in the app and launched physical trading cards. It also has plans for future retail and merchandising opportunities.

And on top of all this, it's still working on its World of Warriors IP. A new game is still in development for PS4 and is due to launch some time in 2018.

While the company has been trying to turn itself around with projects like Petlandia and Egg Hunt, much of the media attention throughout 2017 has been on Mind Candy's financial situation.

Indeed, this year it has had two investment rounds to fund the studio and its games. The first came in April when it secured $1.5 million in funds and a two-year extension on its $8.1 million loan from TriplePoint Capital.

This was followed by another $1 million round in November 2017 from existing investors Accel and LocalGlobe.

The smaller amounts have led to speculation that Mind Candy is using these investments as a last-ditch attempt at staying afloat, but Chambers is adamant that the company is in better shape than that.

"Who would invest money in a company that's failing?" he says.

"If there had been a story of 'Mind Candy has raised $50 million', then yeah, I could understand people taking it a different way. But we don't need to raise $50 million and I don't want to, because you have to give away a lot of equity.

"In any business, you want to raise the amount of capital you need to implement your plan."

Chambers says that Mind Candy still operates as a start-up and claims therefore its continued investment rounds aren't really that unusual in the grand scheme of things.

On top of that, the company has already lined up further investment at the start of 2018. It's also hired former Sony Computer Entertainment Europe Marketing Director Rich Keen as its new COO to help it grow.

"So now, we raise this money, the momentum's great, we raise some more money, and who knows, in the future maybe we'll raise more money. That's the natural progression of things," says Chambers.

"From the moment we created the first one, we thought we'd got something special," says Chambers.

"Everyone here who's got kids has been trying them out with friends and family and the feedback has been fantastic, so we're very excited about this."

Sleep Stories was soft-launched in the UK on November 24th and Mind Candy is focused on gaining some traffic and feedback before it starts pushing it wider with marketing.

The app also makes use of a subscription model, which opens up new content to listen to and promises additional stories will be added on a weekly basis.

Chambers notes that Mind Candy has nine years of experience with subscription-based models, and that he generally disagrees with IAPs as a monetisation model.

"We believe that parents will be much more accepting of subscription models. They know what's going to be spent, it's limited investment, and they haven't got to worry about the experience."

All in all, Chambers feels he has the support of the investors and the team, and has a positive outlook on Mind Candy's future.

"Right now, the investment enables us to continue our growth and momentum, and we'll have further investment, which is perfectly standard for a start-up in terms of how capital is invested into this kind of business," he says.