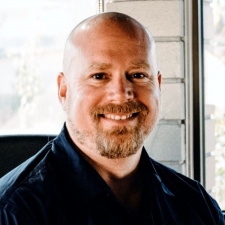 While the app store ecosystem has been a sensational success in terms of building some mobile games into multi-billion dollar global franchises, its winner-takes-all dynamic hasn’t served all developers equitably.

That’s why there’s always plenty of interest in the emergence of new platforms, especially those that promise to unlock new levels of engagement and monetisation.

Of course, launching such platforms is easy. Scaling them into something substantial is the difficult bit; as demonstrated by the wave of mobile esports real-money tournament platforms that have launched and failed over recent years.

Even for current market leader Skillz, the process took $28 million of VC cash. It’s since raised a further $25 million and says it was cashflow positive prior to closing this Series C round.

But now there’s a new challenge, and another wave of challengers.

As blockchain technology collides with the games industry for the first time, any platform where users can earn, buy and wager currency is going to be hit by disruption and that seems to particularly be the case for esports and real-money gaming.

There are already a number of companies, each focused on their own specific goal. Valiance is supporting games such as Critical Ops as it attempts to become the platform for mobile esports tournaments, while FirstBlood is targeting on Dota 2 and PUBG, Unikrn is all about enabling esports betting, and GameCredits is looking to handle virtually everything any games developer could wish for including app distribution.

In that context, Canadian outfit RewardMob’s aim of combining the appeal of a loyalty reward program for mobile games with the flexibility provided by its own blockchain currency seems positively straightforward. But its progress to this point has been anything but.

With a background in the hospitality industry, Todd Koch says his interest in competitive mobile gaming arose from weekend play sessions with his buddies.

“I’d win a load of gold coins or something similar, but when I checked my credit card, I’d spent $300,” Koch recalls. “We were spending a lot of money in these games and not getting anything back.”

Over time, this morphed into the more conventional RewardMob, which in turn evolved with the addition of RMOB, the platform’s blockchain-based currency.

With cryptocurrencies typically viewed as little more than get-rich-quick scheme for early investors, Koch is keen to stress the importance of RMOB to the platform’s long-term success.

Currently players can currently earn RMOBs, as well as other rewards such as Amazon credit, by playing RewardMob’s games in time-limited tournaments and gaining a sufficiently high ranking on the leaderboard.

The company is also gearing up to sell RMOB in a ticket sale, however.

“This isn’t a traditional ICO [initial coin offering] in which a company is looking to attract speculators and raise money to build its technology,” Koch says.

“We don’t need to do that. What we’re looking to do is sell access to our rewards platform. I want to attract players, not speculators.”

In that respect, launching its own cryptocurrency is secondary to RewardMob’s overall aim, which is to build a vibrant platform for skill-based competitive mobile gaming.

I want to attract players, not speculators.

That said, RMOB - which is built on the Waves cryptocurrency platform and held in a seamless wallet within the RewardMob app - provides strong enabling features in terms of controlling the economy, reducing fraud and providing the option for gamers to exchange their winnings in the way they want to.

More importantly, Koch says it will make it easier to educate players about the platform’s pay-to-play tournaments and migrate them from the current single player-centric leaderboards into the more competitive head-to-head play modes, which will be rolled out alongside the ticket sale.

“Our free-to-play entry level enables players to learn about the platform and RMOB, which feels just like a soft currency,” Koch explains.

And given RewardMob will generate its revenue through taking a cut of the pot from pay-to-play tournaments, ensuring this funnel is as efficient as possible will be critical to the company’s success.

Before it gets to that stage, however, Koch’s current mission is to get more mobile games into the platform and attract more players. A recent deal with Indian developer BigCode will see new content added alongside RewardMob’s slate of simple games in genres such as match-three and arcade. Its game Stuntmania Xtreme is already live.

Then the RMOB token sale and launch of the platform’s pay-to-play mode will provide the first evidence of whether this will be an ecosystem of speculators or players, or - a win-win for RewardMob, its developers, and indeed the players - create a mixture of the two.

Maybe the specu-player revolution is coming.

You can find out more about RewardMob’s token sale which starts on March 13th here. You can find its free app from the App Store or Google Play store.