Four years on: Square Enix Montreal on the evolution of Hitman Sniper 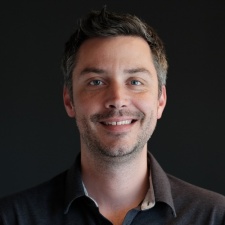 Long gone are the days of developing and publishing a game without the need to tweak, adjust and patch it after launch.

As the games industry has pivoted into free-to-play titles, open betas and early access games the art of creating a game can often feel like one done in the public eye.

It is often said that nothing is truly finished and it’s a saying the industry has taken to heart in recent years, with new titles requiring constant operation and updating. It is usually done over a period of several years post-launch to keep the title at the forefront of consumer thought.

PocketGamer.Biz: With Hitman Sniper now more than four years old, how do you reflect on its performance - from launch to the mature title it is now?

Dominic Allaire: Hitman Sniper is a premium title. As opposed to F2P titles, this means a finite experience with limited monetisation and retention systems. Hence, its initial performances were easily predictable: a strong debut rapidly stabilising into a tale that would last for years. We were ready to work on another project.

But could it be different? Everyone was saying that if a game has room to grow, the launch was only the beginning. How could we run live ops when we had no experience and no in-house experts to lean on?

I discovered that live ops is just a way to dynamically operate a live product based on the analysis of players' behaviour. Simply put you need three things:

By understanding player behaviour and by quickly adapting our strategy, we managed to constantly improve our acquisition and monetisation year after year.

How big is the team currently handling live ops on Hitman Sniper?

We currently have a team of 12 developers working on Hitman Sniper live ops. A nice blend of experts that understand the purpose of live ops and that can think outside the box.

To be honest, when we launched Hitman Sniper consumer support was not part of our DNA. Only with time did we realise that nurturing our consumer relationship meant more than just transforming bad reviews into 5 out of 5 stars. It means engagement and fidelity.

To be honest, when we launched Hitman Sniper consumer support was not part of our DNA.

That being said, there is still room for improvement. For example, we’re currently looking at providing localised 24/7 support including an in-game FAQ.

What steps have you taken to ensure that Hitman Sniper maintains a sizeable and active player base all this time after its launch?

Bringing new consumers into a premium game is a bit trickier than doing it for F2P games. The price is a huge barrier to entry and you can’t rely on a standard user acquisition strategy.

Obviously dropping the price meant a better conversion rate, but could the number of downloads compensate for the drop in revenue? The answer was different per platform and per territory.

For example, dropping the price in China helped convert 50-times more players and catapulted Hitman Sniper into iOS China’s top five ranking since then. For the USA, we had to adopt a completely different strategy to boost awareness.

Another way to increase our conversion rate was to celebrate the culture of our key territories. We transformed the whole game (skin, scoring opportunities, unique rifles and abilities, etcetera) with a series of cyclical cultural celebrations including Chinese New Year, 4th of July, Christmas, Halloween and much more.

To what do you attribute Hitman Sniper’s consistently impressive grossing performance, and how do you sustain it?

It was done through many iterations of what I call the “live ops loop”. This loop has three phases:

Someone might ask: “wait, what about improving retention?” I’ll be honest; significantly improving your retention is super hard. After many tries, we decided to work around this problem by accelerating our monetisation instead.

After all, the day 30 retention of a Hitman Sniper spender (10 per cent) is significantly higher than the one of a non-spender (four per cent).

What lessons have you learned/are you still learning from Hitman Sniper? Is there anything about the game that, in hindsight, you'd now handle differently?

We learned so much during the whole process and I have a feeling we are not even halfway there. If I were developing Hitman Sniper from the start, I would definitely design it with live ops in mind from day one.

We learned so much during the whole process and I have a feeling we are not even halfway there.

Implement business intelligence hooks as soon as possible and make sure everything can be dynamically updated via the backend.

How do things work now with the Hitman IP now that IO Interactive owns it?

The relationship with IO was not affected by their independence. They’ve been great partners so far and we treated their brand with all the respect it deserves.

Finally, how has your experience with Hitman Sniper informed where you are/what you're working on now?

Each game is different and offers unique opportunities. That being said, the mentality of live ops remains the same: offer an exceptional experience dynamically tailored to the players and focus on the live ops loop - aquire, analyse and monetise. After a few years, we are still far from being live ops pros.

That being said, the team humbly accepted the challenge and I’m really proud of our progression. While live ops represents a 'never-ending' challenge, the future looks bright.