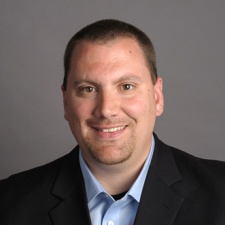 In a world awash with mobile games, Apple and Google’s importance as gatekeepers, content curators and distribution channels only strengthens, at least in Western markets.

Given this market trajectory, the hiring of the App Store’s gaming editorial manager Matt Casmassina by US consultancy DOD Media is a real coup.

“Matt was previously a co-founder at IGN Entertainment and has worked closely with developers for over 20 years,” he explains.

“He’ll help us set our strategy for the next five years and provide actionable analyses to our partners as we move forward.”

Indeed, according to DeLaet, the company has never been more busy.

“There’s been a resurgence in mobile gaming in the past 12 months,” he says, “But many developers still struggle with the ‘last mile’ of publishing, which is why we started this company in the first place.”

Previously with Kabam and before that Glu Mobile, DeLaet says mobile games developers often spend too much time focused on their games to the detriment of their release and post-launch plans.

“What we do is get involved at a very early stage to give them feedback on UX, UI, monetisation, gameplay, app store optimisation and marketing assets,” he says.

“We also help them publish the game and obtain featuring by the App Store and Google Play.”

But DOD’s scope is also extending. Given its expertise in gaining users through the app stores, it’s now planning to become a publisher.

“We've been able to grow some of these legacy games by three to four-fold by improving their ASO, SEO and live ops and ultimately driving installs into them again.”

From Kabam SVP to DOD Media CEO: Mike DeLaet on sharing his smarts