Its debut is War Alliance from Magnific Games 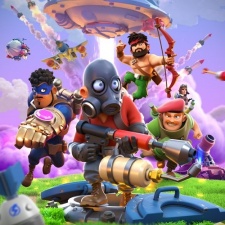 After expanding the distribution of its successful products via strategic partnerships, such as releasing Empire: Four Kingdoms on Huawei’s AppGallery, Goodgame Studios has taken its next step as a publisher.

The Hamburg-based studio has solidified its presence as a publisher with its debut release of War Alliance, a real-time strategy mobile game developed by Magnific Games.

In War Alliance, players battle against worldwide opponents whilst controlling a powerful hero on the battlefield themselves. Players can unlock additional units and collate a deck of cards to support their chosen hero.

Goodgame’s newly formed publishing team will be led by Nina Müller as head of publishing and comprised of industry experts in operative management of video games.

When it comes to screening and acquisitions, Müller will be supported by Goodgame Studios director of platform relations and partnerships Caglar Eger.

"I am looking forward to building out an exciting and efficient publishing division within Goodgame Studios," said Müller.

"Using our successful portfolio, our knowledgeable team and the strength of War Alliance, I believe we have the perfect mix to create new hits within the market."

Magnific Games co-founder and technical art director Johann Caron added: "In Goodgame Studios, we managed to find a real partner who offers extensive knowledge and experience that will help exhilarate the publishing of War Alliance, bringing the game to even more players worldwide. We look forward to collaborating with our colleagues in Hamburg over the next many years."

War Alliance is free-to-play and available on iOS and Android devices.

Speaking at PGC Digital #8, our panel of industry experts discussed the best practices of how to approach conflicts with publishers, in which communication is key.