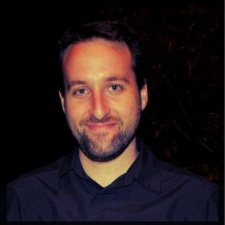 After running Trojan Chicken Game Studio in Uruguay for many years, Pex moved to Scotland to lead the team at Lisle Design, a boutique tech company based in St Andrews.

Trojan Chicken is one of the most successful studios of learning video games for kids in Latin America. It’s mostly famous for its games Cazaproblemas (Puzzlechasers), Letrapaluza (Word-a-palooza) and DED (Special Investigations Unit).

Alongside running the studio, he has been one of the main advocates for the strengthening of the video games industry in Uruguay.

He now plays the role of director at Trojan Chicken, collaborates with a number of younger studios as well as with the UK Games Fund, and leads a research group that is mapping the video games industry in Latin American and the Caribbean, funded by the Inter-American Development Bank.

He loves spending time playing tabletop RPGs and board games with his two kids and his wife.

I wanted to make children feel the same way that I did as a child while playing video games.

To someone that is looking into starting their own studio, my advice is to first create a business plan. A very simple one will do. Something that reflects what the costs will be and where the revenue is going to come from to pay for those costs.

I've met too many indie devs that don't want to become entrepreneurs and avoid everything related to the business side of running a studio.

I really enjoyed seeing fresh games like Fortnite or PUBG suddenly change the video games scene completely. An industry that shapeshifts creates more opportunities. For everyone.

More quality games from small studios based in not-so-wealthy countries.

The industry changed me in many ways. I'd say I'm more pragmatic and long-term focused now.

Listening to other speakers and meeting new people.