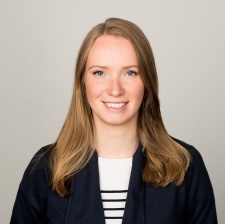 In this entry for our Live and Kicking series, we caught up with Pearl’s Peril lead product manager Annelie Biernat following the hidden object game's sixth anniversary.

After reaching 56 million downloads worldwide since releasing in March 2013, the puzzle title has seen its sales continue on the iOS App Store and Google Play, even with Wooga's successor June’s Journey hitting the market.

PocketGamer.Biz: With Pearl’s Peril recently passing its six years anniversary, how do you reflect on its performance – from launch to the mature title it is now?

Annelie Biernat: The evolution of the product and learnings we generated through Pearl’s Peril have been transformative to Wooga, as we are now focused on story-driven casual titles. When the game launched, we had very different beliefs of what a hit game would look like.

A hidden object game was considered almost too niche. The gameplay was not thought as suitable for the mobile market and growth for any launched game was expected to happen mostly in year one.

Now, six years after launch, Pearl’s Peril is still thriving and with the current growth, both in terms of revenue and daily active users, we have proven that our industry has less in common with console games and more with the continuity of well-resonating television series' that can easily continue for a decade or more.

How big is the team currently handling live ops at Wooga?

Each live game at Wooga has a dedicated team that gets support from centralised functions. About 60 per cent of Wooga staff works directly or indirectly in live ops.

When the game launched, we had very different beliefs of what a hit game would look like.

The Pearl’s Peril team has 23 permanent employees. Including our extended Wooga family, we count about 50 people that regularly support the game internally and we also work with plenty of external partners. As they say: it takes a village to raise a child.

Without our players we wouldn’t be here so naturally customer support is of extreme importance to us. Over the years we have diversified our ways to communicate with our fans. While we had just a few dedicated internal agents when we launched, we nowadays have external teams that support all languages that are coordinated from within.

This year one of the most influential additions has been the Community Ambassadors Advisory Board. This elite group of dedicated players provides insight into the community to me and the game team and in return they are provided with insider info to better provide assistance to their fellow players.

Our regular monthly updates are the perfect tool to keep the conversation going, fulfill player needs and wishes and keep the engagement inside the game and community at a continuously high level. For years users have been treated with weekly live ops content in the form of ever prettier island decorations and engaging events.

Most recently, the team has been working on our brand new feature called ‘Iris’s Eyes’ that we launched on our sixth anniversary, March 5th. It is an innovative and story-driven game mode that will allow users to experience Pearl's Peril in new, exciting ways with fresh content released regularly.

Do other games you release in the hidden object space such as June's Journey cannibalise your existing user base and sales on Pearl's Peril? How do you deal with this or prevent this from happening?

Admittedly, there is some cannibalisation, especially when June’s Journey launched and there is little we can do to prevent this. But instead of competing with each other actively we rather saw it as an opportunity to push each other in terms of traffic and shared learnings.

The games are different enough to appeal to slightly different audiences, so some players only want to play Pearl’s Peril or only June's Journey and quite a significant amount play both. We even made it easy for our players to play both by implementing a direct link between the games and this had a multiplication effect on the engagement of these players.

Otherwise each team focuses on their individual strength: while June is still releasing new and indulging main story content every week, Pearl offers a bigger gameplay variety as well as more social touchpoints among the players. 'Iris’s Eyes' is yet another new way to deliver a versatile gameplay experience in Pearl’s Peril.

What steps have you taken to ensure that Pearl’s Peril maintains a sizable and active player base all this time after its launch?

As Wooga’s first hidden object game, Pearl’s Peril launched in March 2013 as a Facebook flash-based game. Over the years we released the game on more platforms to reach new audiences: iOS iPad (2013) and iPhone (2015), Android (2016) and Amazon (2017). In order to do that we migrated the entire codebase to Unity.

We also added new languages to the game to enter new markets. Besides these technical challenges, we keep evolving the game as a product and service for our players. One important update was the social feature called Adventure Clubs. It was launched in 2017 to foster social interaction within the game and reward interaction with team goals and prizes.

So far the game has 56 million downloads across all platforms and downloads have been stable in the past year.

This weekly-participation feature has brought together friends and strangers alike to create their own adventures within the Pearl universe. Our players reward our efforts with an astonishing long-term retention.

To what do you attribute Pearls’ Peril consistently impressive grossing performance, and how do you sustain it?

While the competition in the market is tough, with our long-term loyal user base we still have a healthy influx of new users finding the game mostly organically. Also, our audience diversifies. In the past, we were laser-focused on the female and mature target audiences, but nowadays we see even young men that play Pearl’s Peril as relaxation after playing more competitive or even shooting games.

Furthermore, it is the fine balance we are trying to keep between satisfying the player expectations of meeting current industry standards in terms of visuals and functionality, but also maintaining what players love about Pearl’s Peril.

So far the game has 56 million downloads across all platforms and downloads have been stable in the past year.

From a business perspective, our very high long-term retention is the key driver to success. The majority of our DAUs are playing for a year and 15 per cent of our players have played for more than five years already.

Finally, how has your experience with Pearl’s Peril informed where you are/what you’re working on now?

To quote our CEO, Jens Begemann: “Without Pearl’s Peril we would not be here.”

Based on the success of Pearl, Wooga changed its focus from anything casual to story-driven casual games.

The repeated success with June’s Journey proves it to be a viable strategy, so Wooga is still looking to test this formula further and the Pearl’s Peril team is just as busy as ever.

Even if our players just got a major feature update a few days ago, the team has been working on our next major update for weeks and our backlog of things to work on will keep us busy for many years to come.