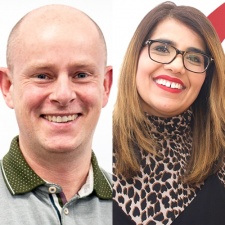 In some quarters of the games community, there is still a consensus that mobile titles are the lowest common denominator. This is far from the truth, with triple-A developers now turning their attention to the platform more than ever before.

The latest to do this is Sheffield-based Sumo Digital, which has just opened a brand-new studio dedicated to mobile games in the quaint town of Leamington Spa.

No stranger to the concept, the firm has worked on numerous mobile releases such as Sonic Dash 2: Sonic Boom and Sonic & Sega All-Stars Racing.

Since being founded in 2003, one of the main business models that have helped Sumo not only survive but succeed is by developing IP from other companies. The majority of its business has concerned the console/PC space, such as Mortal Kombat, Dead Island and the LittleBigPlanet series falling under this banner.

Overseeing the Sumo Leamington studio is Chris Southall, former head of studio at Sega Hardlight, a dedicated European mobile firm that specialised in the free-to-play space.

The new Leamington office is the seventh studio for the ever-expanding Sumo.

“It’s a really exciting time in the industry right now, with a huge audience on current platforms and more opening up all the time,” Southall tells PocketGamer.Biz

“What we enjoy most is making games that will see people playing over months and years, and as part of that we can create experiences that will develop communities where people enjoy playing together.

“Opening a studio dedicated to mobile development is part of our strategy to broaden the portfolio of services we offer. Sumo has always provided a high-quality service in game development to its partners, and where we have been historically more focused on console and PC, it’s fantastic to be adding more mobile into the mix.”

After making the move in April, Sangha will look after business planning, employment engagement/wellbeing as well as all business aspects of the studio.

One of the things that I’m really looking forward to is rolling out our core values to helping instil a strong, positive studio culture from the offset.

“One of the things that I’m really looking forward to is rolling out our core values to helping instil a strong, positive studio culture from the offset,” says Sangha.

“We use a blend of development methodologies to ensure that we get the best balance of project work whilst giving everyone an opportunity to develop themselves - whether that be through self-development, training, mentoring and developing more junior colleagues and organising game jams.”

It’s a big change for Sangha, but one that she feels has arrived at the right moment in her career and was too good of an opportunity to pass up on.

“With Hardlight in a great place, after seven years it felt like the right time for me to do something new,” says Sangha.

“There’s so much going on across the studios and as a whole, Sumo just stands out for its creativity, solidity and innovation. It’s been more than 10 years since I first visited Sumo and even though they’ve seen massive growth and success in that period, they remain incredibly grounded.

“There’s a very clear desire and commitment to support the studios so that we can fulfil the needs of our clients. Having the opportunity to set up a new Sumo studio in Leamington was too good an opportunity to miss.”

Southall and Sangha worked together at Sega Hardlight for a number of years. One of the key goals for the newly produced games will be to instil the same sort of accessibility that was implemented in the past.

“Sumo is one of the largest providers of development services to the video games industry, and part of taking pride and passion in what we do is ensuring we are delivering games that a wide audience can enjoy,” states Southall.

“An important part of our development practice is in ensuring we are testing with our potential audience from very early stages, and we see this as best practice not just for accessibility but user experience in general, not to mention best quality output for our partners to work in this way.”

Easier said than done, though. With the mobile industry now more competitive than ever, what can Sumo do to ensure it breaks through the noise? A lot of the time it's something unexpected or different that grabs the attention of consumers.

The market is continually evolving and developing in all sorts of ways so it’s important to look at new areas like Apple Arcade and Snap.

“There is no one thing that ensures success in this space – it’s quite a complex set of many things, all of which you need to do really well before you can realistically even think about success,” says Southall.

“Our attitude is to use our years of experience on some very successful titles - keep learning, growing, challenging and to be creative in what we are doing.

“The market is continually evolving and developing in all sorts of ways so it’s important to look at new areas like Apple Arcade and Snap.

“It’s part of Sumo’s DNA to explore and adapt to new platforms – we already have two Apple Arcade titles in development at Sheffield Studio and The Chinese Room in Brighton – so that’s something that’s very much a part of Sumo Leamington.”

So, should we expect expect any news surrounding what games the studio is working on soon? Not in the near future at least, but the company currently has plans on growing the studio to a size that can “deliver multiple projects in parallel” with a long-term goal of increasing this output year-on-year.

With Sumo being well-known for its use of already existing IP (Sonic, Forza, Hitman etcetera) alongside creating its own occasionally (Snake Pass), the decision now falls to the Leamington Studio on which route to take: work on something with a built-in audience or create something entirely new.

“We aren’t able to talk about what we are or will be working on just yet, but it’s certainly important for us to have a balanced portfolio,” said Southall.

“Based on the previous experience of the team in Leamington as well as the wider business, I think it’s fair to say both licensed and original IP can both be a big part of that balance.”

From Sonic Jump to Speed Battle: The story of Sega Hardlight