“Women are most definitely underserved in the mobile games market” 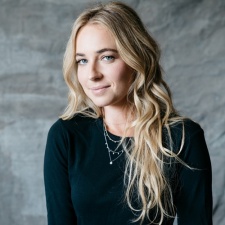 Still studying a bachelor of Fine Arts in interior architecture and design and fine arts at The George Washington University, she founded a company called Zoom Interiors (later called Homee) - a virtual interior design service. The company was soon earning $1 million in revenue.

“Art and design have always been a big part of my life; growing up with an artist and architect mom helped foster an appreciation and passion for interior design and fine arts,” Fischel-Bock tells PocketGamer.biz.

“While I was in college, I realised there was a demand for a way to access interior design, and I’ve been working on making that a reality ever since.”

Fischel-Bock has appeared on US TV show Shark Tank, in which entrepreneurs pitch their business ideas, and was named in Forbes’ 30 Under 30 for Retail & E-Commerce in 2018. Her company has been renamed Hutch (not to be confused with UK games studio Hutch) and by 2017 had raised $17 million for its virtual interior design ambitions and app development.

Fischel-Bock is now expanding her expertise to the mobile games space. The firm is set to launch a new mobile game called Style Spaces, an app in the same vein as Glu Mobile’s Design Home and Storm8’s Home Design Makeover. Fischel-Bock says the game was inspired by numerous products and websites, as well as conversations with users.

I believe games developers can do a better job of catering to women by having more women on their design teams, in their boardrooms, and at every other level of their companies.

The goal behind the game is to make creative interior design accessible. The app gives users new projects and challenges daily, with completed designs shared with the community to vote on.

“Our main focus, and how we develop products, is on how our users interact and experience interior design.

“The latest innovations in technology allow people to interact with interior design in a creative and new way whereas before you'd have to physically drag around your couch. Hutch users love designing and bringing their creative visions to life, and we’ve found that gaming is a great way of actively enticing our users and their creative spirit.”

Fischel-Bock says Style Spaces design for and by women. The team has a background in interior design and she feels the studio has developed a product that meets the creative needs of its users on a platform where people spend much of their time.

“I believe games developers can do a better job of catering to women by having more women on their design teams, in their boardrooms, and at every other level of their companies,” she states.

While there are games targeted specifically at women on mobile, Fischel-Bock says "women are most definitely underserved in the mobile games market”.

With Style Spaces, we are creating an experience and platform for women, by women.

The US mobile audience is made up of 63 per cent women, according to Tapjoy, while an ESA report meanwhile pegged the total percentage of female gamers across platforms at 46 per cent.

“Despite making up more than half of casual mobile game users, just a very small percentage of mobile games are designed specifically with women in mind,” she says.

“The ones that are designed for women are designed by men who can only guess - often incorrectly - what a woman wants. With Style Spaces, we are creating an experience and platform for women, by women.”

Finding an underserved demographic is only part of the battle though. The top end of the mobile games market has become notoriously difficult to crack, particularly given the high user acquisition costs involved.

Fischel-Bock claims Hutch already has a pre-existing base of loyal, organic users who have an appetite for the kind of platform it’s building. She adds that the space it’s targeting, women rather than men, also means UA costs will be lower.

“We know that 75 per cent of midcore game players are men, 95 per cent of hardcore are men, but is it because women don’t want to be entertained on their mobile phones or because midcore and hardcore games seem to be mostly about battles and dragons? I think you know my take,” says Fischel-Bock.

“Because this market of deeper and sophisticated gaming isn’t served to our demo, acquisition costs are lower than what you typically see.

“We are building this platform with community at top of mind and are excited to see the impact we can have in this space.”