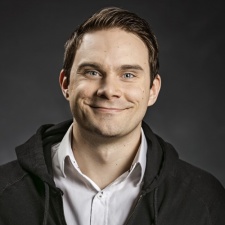 In this entry of our Live and Kicking series, we caught up with Next Games executive producer Joonas Viitala to discuss the first year of the Finnish studio's location-based augmented reality game The Walking Dead: Our World.

In its latest financial report released today, the title reached a "record-breaking" IAP ARPDAU of €0.34, while in June it implemented video ads to the game to further boost sales. Only introduced on June 11th, the inclusion of ad revenue brings the ARPDAU for the quarter up to €0.37.

Gross bookings between April and June hit $5.8 million, above the previous quarter but less than reported in Q3 and Q4 2018.

PocketGamer.biz: With The Walking Dead: Our World passing its one-year anniversary, how do you reflect on its performance – from launch to the mature title it is now?

Joonas Viitala: It’s been an incredible journey for the whole company, in both good and bad. We had such a great reception already for the first trailer, the launch was fantastic and we got san uch awesome reception from the players.

We did hit some technical difficulties though and took a hit on our expectations. That was a tough spot for us, but we got back on track. I think it was a true test of our resilience and also a great learning opportunity. We have a really great team who are willing to stick their necks out for the game and the players during the times when things have been a bit rough.

The great thing is that we have never had a shortage of ideas on what we could do next. We are hard at work testing and iterating and trying out new things. We took several risks by using multiple innovative technologies in one game: AR tech, maps, our own technology platform to name a few.

The outcome is a deep understanding of the player motivations and mechanics in location-based games. This makes Next Games stronger than ever.

How big is the team currently handling live ops at Next Games?

We don’t do a clear separation between the people who work on the live game and those who develop new features in the team. It can get quite tricky if you try to build a wall in-between, especially in this type of case where you still do major feature development for an already launched game.

The whole team needs to understand what’s going on, what we should do next and why.

Obviously people have their specialties and focus areas, but in general I would say that the whole team needs to understand what’s going on, what we should do next and why. If you take everything into consideration, there are about 25 people on the project.

Very important. We’ve approached this not only as customer support, but from a community-building angle.

Player support and community are core part of the team and we constantly share and discuss player feedback within the team and also keep communication lines open towards the community.

What steps have you taken to ensure that The Walking Dead: Our World maintains a sizable and active player base all this time after its launch?

The community is key. We are very committed to serving our community with new live events in different shapes and forms to keep the game interesting. We are also developing new features for the game, but will not do that at the expense of what already works in the live game, so it always takes a while to develop.

One of the most recent things we are doing is asking fans to audition to become a character in the game and for a chance to meet the TV show cast in New York.

How have you adapted The Walking Dead: Our World to the market over the first year of the game being live?

We did discover early on that the social elements and playing with your guild are really important in driving engagement so we have constructed more of our live event and sales strategy around that aspect.

One of the bigger changes we made was changing the collaborative “Guild Board” feature from a static feature to a live element and that has worked really well.

We are adding a lot of couch play elements to attract and enable different types of players with features such as Daryl’s Bike (extra playing radius) and Terminus Map (refresh content on the map).

How do you aim to grow the game's grossing performance and sustain it?

In addition to the things above, we have and are constantly experimenting with different sales strategies, running different events and combining new content and features with these.

We also have novel ways to use existing features and content to engage the player base as well as analysing tons of data on how our players engage and purchase the content, i.e. to understand if there are any areas we should address.

It’s all about data and understanding your audience.

What lessons have you learned/are you still learning from The Walking Dead: Our World? Is there anything about the game that, in hindsight, you’d now handle differently?

Also, as the game matures the learnings we have from a year ago might not be true any longer and thus we need to go back and constantly assess our hypothesis of what works and why, and what players like and want.

What to do differently: A lot of things for sure, like with any game. But it has been the iteration and trying out things - some which have failed, some which have succeeded - that has built the game and the experience we have today.

What we want to do is take all these in and use them for Our World’s development and to bring these to our future location-based games such as the Stranger Things title we have in works.

Finally, how has your experience with The Walking Dead: Our World informed where you are/what you’re working on now?

We have a much broader and deeper understanding of gameplay and how people play location-based games.

We’ll be taking on all of these learnings when developing new location-based games such as the Stranger Things game.