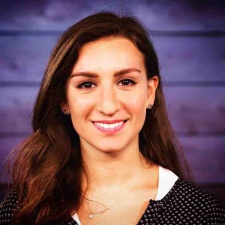 We sat down with Joy Marianowicz, Games Partnerships Manager at Facebook Gaming to talk about Instant Games and the success of the Instant Games platform across Facebook.

Pocket Gamer: What can you tell us about Instant Games on Facebook?

Joy Marianowicz: The concept of Instant Games started back in 2017 when we wanted to experiment with fun and social HTML5 games that could be played on any platform. Since then, the Instant Games platform has grown dramatically, and we’ve now seen over 30 billion games played by millions of fans around the world.

How does Instant Games fit in with the overall Facebook platform?

Our mission at Facebook Gaming is building the world’s gaming community. Facebook has over 2.4 billion visitors a month and gaming is an integral part of this experience. More than 700 million people play games, watch gaming videos or engage with gaming groups on Facebook each month.

What are some of the most popular Instant Games?

Facebook is a social platform, so naturally some of our most popular games are designed from the ground up with social gameplay in mind, allowing friends to play against each other or challenge other fans of the game.

Being able to establish a personal connection is important. Quiz Planet and Word Blitz from Lotum, Ludo Club from Moonfrog, Words With Friends from Zynga, 8 Ball Pool from Miniclip, and Cookie Crush from Softgames are some of my favorites.

How do Instant Game developers monetize their games?

Developers can include Audience Network to serve ads on all platforms, and in-app purchases are available on Android and web.

How can players find Instant Games?

We know discoverability is one of the biggest drivers for new player acquisition, and we’re doing a lot to support this. Earlier this year, we revealed the Gaming Tab as the new home for all things gaming on Facebook, home to Instant Games, Gaming Video and the Gaming Community.

The Gaming Tab is live for tens of millions of people and we’re expanding it to many more people who show interest in gaming. If you haven’t used the the gaming tab before, it can be found in your bookmarks. We also have Instant Games featured in the Facebook Gaming App, which is currently soft-launched and showing strong engagement from high intent users. Players can now also find Instant Games on Portal.

Players can also directly invite friends into their games, challenge friends, post their latest high scores in the News Feed, or start tournaments in Gaming Groups. There are many ways for players to find and return to their favorite Instant Games.

We’ve been blown away by the popularity of Instant Games, and we’re thrilled people love these games as much as we do! We’re fully committed to the continued success of the platform, and the Instant Games team continues to grow so that we can meet the needs of both developers and players.

We’re constantly gathering feedback from the developer and player communities on what they want to see next - we’re building new experiences to improve discovery, increase engagement, and will continue to bring more fun to more players around the world.

Marianowicz is delivering a Superstar Session at Pocket Gamer Connects Helsinki on October 2nd at 10am. Don’t miss her talk if you want to hear more of what Facebook Gaming is working on to ensure developer success.