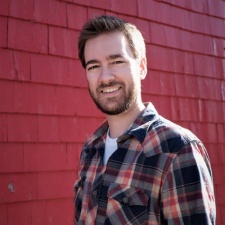 PGA Tour 2K21 has had an interesting journey. Starting life as The Golf Club back in 2014, the series was initially a self-published effort by developer HB Studios, before eventually attracting the attention of 2K Games - and snagging the PGA license in the process.

There are many factors to its continual growth - it's a quality golf simulator with a dedicated fanbase of players and creators, after all. But there's another feature that sets it apart from the rest of the pack - the commentary.

While sports games traditionally feature established commentators from the fields they're representing, HB Studios opted to use senior audio designer John McCarthy's voice to follow you round on the course, offering up advice, information, and cries of dismay should you mess up any of your shots.

We caught up with McCarthy ahead of PGA Tour 2K21's release in August 2020 to find out more about the process behind the music and commentary in the series, and why players will be hearing less of him in the new entry.

PocketGamer.biz: How did you first start working at HB Studios?

John McCarthy: In 2007, I was working in Toronto and was a few months away from the end of my work term at the Ontario College of Art and Design.

My old friend from university was a programmer at HB and informed me that they were expanding their audio department from one to two people. Luckily, I got the job as Assistant Sound Artist, and have been at HB ever since.

When did you become involved with The Golf Club?

I began work on The Golf Club as soon as the idea was conceived and a team was put in place in 2013.

What were your inspirations behind the music for the game?

The first music I wrote for The Golf Club was our menu music. I had watched a performance of 'Oblivion' by Susanne Sundfør and M83 on YouTube and was quickly obsessed with it, so I thought it would be fun to go with a sort of cinematic-synth vibe for the game. That vibe has carried through all iterations of our menu music.

Our 'tournament' music has a different vibe and is very much inspired by the golf broadcasts we see on TV these days. I have a serious composer crush on Brian Tyler, and when he unveiled his new theme for the US Open in 2015, I knew that was the direction I wanted to take.

When we added Societies to The Golf Club 2 (user customizable public golf clubs), we wanted to give them a more 'broadcast' feel, so this orchestral-style music was used for that purpose.

For The Golf Club 2019 featuring PGA Tour, I sort of combined the two styles from our previous games. I really love the game Journey, and Austin Wintory's soundtrack featuring Tina Guo on cello is absolutely stunning. I was so into it that I bought a Tina Guo cello sample library to add to my composer 'toolbox'.

PGA Tour 2K21 is the first time we have hired a composer, and I am very pleased with how things turned out. This year, we hired the wonderful Christopher Tin to compose our music for the main menus of the game. He is an absolutely brilliant composer and we are so thrilled to have been able to work with him on this year's game.

PGA Tour 2K21 is the first time we have hired a composer, and I am very pleased with how things turned out

We gave him a couple paragraphs describing the vibe we were going for, and he delivered us something beautiful. I'm still not tired of hearing his music even after hundreds of hours in the game.

How did you come to be the commentator for the game?

It all started as placeholder commentary. A lot of the time we use a computer-generated robo-voice (think Siri, but way worse) to act as placeholder, but I wanted to also try to figure out the tone we wanted to strike for the game. Robo-voice just wasn't going to give us that tone.

In the first version of The Golf Club, we knew we didn't want to be like other golf games, and were very much looking to create something more akin to a weekend round with friends. I went very casual with the tone. I dropped some placeholder lines in an early build of the game, and people really seemed to enjoy it.

The added bonus at that stage was having our very own in-house commentator. We didn't have to bother with casting, hiring someone outside of the studio, etc. This saved a ton of time and money; both of which were critical to making an independent sports game work within the budget.

How much creative control have you had over the commentary?

I have a lot of creative freedom with our commentary, but I also work within the overall design of the game. I take the lead from our designers for the big-picture stuff, like new features and game modes, and then I make the commentary work within that.

Casual Mode definitely has more opportunities for creativity on my part. In PGA Tour 2K21, I have tried to pass the creativity to our new commentators Luke Elvy and Rich Beem. We present them with a series of situations, which include a maximum of one example lines, and sort of let them loose. Then we capture as many variations as we require.

It's amazing what they can come up with on the spot. Some of the best parts of this last development cycle have been in the studio with Luke and Rich. Using the creativity of our voice talent has produced dialogue that I could never come up with, and I'm extremely grateful to have had the opportunity to work with them.

Your commentary is quite unique in sports games - how much of an impact do you think this has had on the success of the series?

I would love to tell you the success of the game hinges on my commentary, but that's obviously not the case.

I would love to tell you the success of the game hinges on my commentary, but that's obviously not the case

The style of commentary was meant to be unique when we first started. I do know that people tended to react strongly to the commentary. I think that presenting it in a second-person POV is the part that catches people by surprise. The commentator talks to you and not about you like the other sports games always have.

People seem to either love or hate the commentary and I consider that a small success in itself, but the greater success of the series comes from the passionate community we've seen sprout up around the game.

There are people spending crazy amounts of time designing courses in our Course Creator, and the rest of the community benefits from their hard work. There are also a lot of people that simply use the game to keep in touch with friends and family by playing a round of golf and chatting via the in-game voice chat.

How does it feel to be reducing your involvement with the commentary?

Well, my involvement is still 100% thankfully, but people are going to be hearing less of me PGA Tour 2K21's Career Mode. That's because we're now in a place that can afford us the likes of Luke Elvy and Rich Beem. For this, I am thrilled.

I'm still the lone commentator in Casual Mode and will be trying to keep expanding the commentary in that mode to keep things fresh. I'm happy to have the luxury of juggling two unique sets of commentary for a single game. I hope it will keep me involved for years to come.