"Authenticity is not going to come overnight, and being a big company with a massive bag of cash doesn't mean you can become part of the scene overnight, either.” 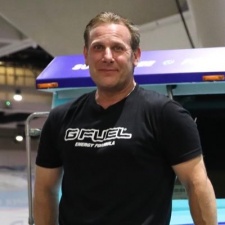 Gone are the days when gamers were considered good-for-nothing couch potatoes eating crisps. Gaming is a sport now, and a lucrative one at that.

As opportunities in the esports space swell to astronomical sizes, non-gaming brands are keen to lay their own groundwork within it. However, simply throwing money at the industry without significant effort into how it functions will not leave a good mark.

One brand that has become synonymous with gaming is G Fuel, an energy drink designed to boost focus and enhance performance while gaming. So synonymous that it is dubbed ‘the official drink of esports’. It won’t make your aim better, but it’ll keep you going through long and intense sessions and tournaments. G Fuel is manufactured by Gamma Labs, a company initially founded to create supplements for traditional athletes.

We caught up with Gamma Labs’ founder and CEO Cliff Morgan to chat about the inception of G Fuel and its pivot from a sports branded drink to a gaming product, as well as his thoughts on the growth of the mobile esports space and how brands can get their foot in the door. We also touched on the thorny topic of the company’s partnership with controversial influencers, and how he feels about having them tied to the G Fuel brand.

“So I started Gamma Labs originally as a sports nutrition business. The first product I made was actually an all natural testosterone booster, primarily for professional athletes. We were really a one-product company from 2004 to about 2010, and that was kind of the precursor to G Fuel,” Morgan says.

“I had a junior marketing guy that was a competitive Halo player, and he told me that he and his teammates were drinking our pre-training formula before they competed in Halo. They had great energy and good focus and a result of that.”

The team then decided to distribute the formula at the midnight launch of Call of Duty Black Ops II, in November 2012. Back then, the company’s sales targets were modest; Morgan says that the main goal was to get at least one transaction per day. The day after the CoD launch, the company saw almost 300 transactions. Initially, Morgan thought it might be fraudulent, but the sales were authentic.

“We hadn’t given out the samples to anybody that had a huge following, it was just regular people that were part of it, the online gaming community,” Morgan notes.

“They told people that they had a good response and really enjoyed the product, it tasted good and it worked. So immediately we saw that this market really works. They trust each other. They believe in each other, they knew they weren't being scammed or hyped or upsold. The third-party recognition really moved the needle for us.”

By the end of December 2012, Gamma Labs had stopped using popular fitness influencers to promote the product - including a heavyweight UFC champion - and pivoted completely to working with gaming YouTubers.

“I took the origin and the creatine out of the formula, and I put in some extra vitamins and antioxidants and things that were good for gaming. I knew then that I didn't want to exploit the gaming community and I didn't want to call it a gamer drink. I just took the G from Gamma Labs and called it G Fuel.”

Historically, gamers have gotten a bad rap, perpetuated as lazy, basement-dwelling nerds - the antithesis of sports. As such, esports has struggled to be taken seriously alongside traditional sporting events. However, as the industry grows and investment opportunities increase, the players involved in esports are put under the same levels of pressure as athletes in any other sport.

“I think that’s a bad stereotype. When people think of video gamers, they think of people eating Cheetos and pizza and doing bong hits on their couch, but the reality is that the sport and the competition have such a high level of income now,” Morgan says.

“Most of the influencers that we deal with are really professional. They are definitely health conscious. Many of them have private shafts, personal trainers. I think nutrition, mental attitude, and physical conditioning have become a huge part of it, it's just not talked about as much.

“I think that the players that compete at a high level are extremely disciplined and regimented, and I consider them professional athletes. Most of the ones that I know - they are as dedicated and train as hard as any guy I know from the NFL or Major League Baseball.”

The G Fuel brand grew alongside the meteoric rise of gaming YouTubers and influencers. Over time, the company began to partner with some of the biggest names in gaming and esports. G Fuel has partnered with hundreds of creators to date, and still boasts partnerships with huge esports brands, including Luminosity and FaZe Clan.

One particular creator on the G Fuel roster is infamous for a string of online controversies - and that is one Felix Kjellberg, known to the world as PewDiePie. Retracting a donation to an anti-hate group and his classic 2017 racial outburst are just a couple of examples of Kjellberg’s digital misendeavours, and you may remember that Disney’s Maker Studios severed ties with the creator as a result.

“We are a family-friendly brand. I do have a behavioural clause at the end of every one of our influencer contracts for anything we deem is not family-friendly or could put us in a bad light. We have in some cases terminated talent because of that clause,” Morgan explains.

“So Felix specifically had issues two or three years before we signed him and we discussed it. It wasn't like it was a hidden topic that we weren't talking about. It was definitely a little nerve-wracking with him, a few things specifically about him. He and I openly talked about it.

We are very cognizant of every piece of content that comes from every creator we work with.

“He's an online entertainer, he's a comedian, and when comedians go on stage in a full arena full of people, they might tell off-colour jokes and everybody there laughs because they know it's not malicious. It's a joke. But I was concerned; sometimes it's legitimate and that’s a real problem."

Prior to his potential partnership with G Fuel, Kjellberg had recently signed a deal with Origin PC. Morgan reached out to Origin and explained that he was considering inviting Kjellberg to partner with G Fuel. He received “positive feedback” on the idea and thus the partnership went ahead.

“I can tell you now that I know him for a few years and he's a good person,” Morgan adds.

He's not racist, he's not antisemitic. I felt like if I spoke to him initially and thought that the guy was a racist or a bigot, I wouldn't have hired him. It wasn't about just doing business; there's plenty of influencers out there. But I don't believe the guy's malicious.

“Now he's a little more mature. He's a little more sensible, probably makes better decisions. Sometimes age or lack of experience means creators might end up doing something that’s not super smart, but we are very cognizant of every piece of content that comes from every creator we work with.”

One area of esports that is thriving is mobile esports. Despite the attitude that professional gaming works best on PC, mobile esports titles such as PUBG mobile, Arena of Valor and Free Fire are conquering Eastern countries with a phone-first population. What remains to be seen is whether the West will also pick up on this trend.

“I definitely see that as a huge area of growth, especially because PC and consoles are getting more and more expensive. It's not a cheap sport, ” Morgan says.

The huge evolution of the gaming and esports spaces overall has crafted immense investment opportunities for non-gaming brands. Brands from every sector are clamouring to get involved, but it can be tough to engage an audience that views you as an outsider.

"There's no substitute for time. When we decided to get a Twitch channel, I ground out a partnership, just like everybody else. That grind is the number one thing that’s respected within the community,” Morgan says.

“You can't really dabble in the space anymore. The cost to get into the space these days has gone up considerably because all the big talent has big agents and with big agents come much bigger fees.

“Authenticity is not going to come overnight, and being a big company with a massive bag of cash doesn't mean you can become part of the scene overnight, either.”