CEO Bård Anders Kasin talks us through the vision 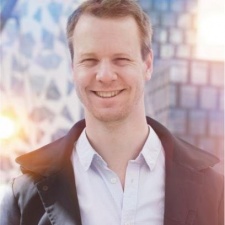 If it came down to a head-to-head competition for the eyeballs, it's clear that games would beat out TV. But does it have to be a competition?

PortalOne CEO Bård Anders Kasin, for one, is more of a lover than a fighter.

"We're building hybrid games," he explains of the startup's mash-up vision which has seen it raise an oversubscribed $15 million seed funding round.

"PortalOne is games plus TV shows plus prizes. This isn't about gamification. It's the opposite in fact. We're using games as our core experience and using TV as an accelerator."

It's an approach that's slowly becoming more viable as both game design and TV production become more flexible, and audiences become more accepting of new ways to play and be engaged.

In the case of Rival Peak, it had a weekly live show helmed by celebrity Wil Wheaton. PortalOne's first incarnation - the mobile-focused PortalOne Arcade - goes faster with a daily in-app show at 9pm. This brings each day's activity to a climax through appointment TV that combines live competitions, special guests playing the same games, and the opportunity to win prizes, big and small.

For example, there are the standard core loops for each of the games playable through the PortalOne Arcade app at any time. Then there are daily tournaments for each game, various tournaments that are only available during the TV show itself, and a longer season loop that runs over three to four months. All of these loops culminate in a season finale show, backed by the biggest prices and guests.

Although still in beta in Norway (soon to be in the US), Arcade One has already boasted guests such as Justin Bieber, and with Scooter Braun's TQ Ventures onboard as an investor, it seems getting celebrities to buy into the project won't be much of an issue. Of course, this is important because celebrities build branding and provide free viral marketing to their millions of followers.

All this may seem like complexity and expensive for its own sake, however. Who in their right mind would want to fund a full green-screen TV broadcast studio so people can play simple arcade mobile games in real-time?

We're using games as our core experience and using TV as an accelerator.

But PortalOne's bet is taking such a layered approach - game, interactive TV show, celebrities, prizes - allows it to address the widest possible audience, engaging different segments in different ways, and with all this activity combining to drive overall user retention and eventually monetisation. Players buy tokens to enter competitions, while vanity and aesthetic items are also available for purchase.

Yet for this to happen, the core element - the games - have to be of the highest quality. Again, PortalOne is taking a layered approach. In the first place, it's building its own games to prove what works. It's also licensing IP; PortalOne Arcade is heavy on reworked Atari classics such as Centipede. PortalOne has global exclusivity for dozens of Atari games in this format and Atari is an investor.

The final part of the games strategy will be working with developers of already successful games to launch new versions that work within the PortalOne experience.

It's early days but Bård Anders Kasin says it is working. During testing, PortalOne Arcade has run 150 daily shows and he says he's very happy with the KPIs.

"Connecting a daily live event to a game really allows you to build anticipation and then pull your user base in. And post-show, you also get strong engagement," he explains.

He also says that as the audience grows so will the size of the prizes but even when they tested the experience without any prizes, engagement was strong.

Nevertheless, moving from a successful half-year test in Norway into a much larger and potentially more diverse US audience won't be a case of copy-and-paste. PortalOne will have to launch more titles, increase its general activity cadence, as well as dealing with mundane real-world issues such as time zones. A 9pm east coast show is a 6pm west coast show, for example.

However, Kasin is up for the challenge. His long term ambitions extend from mobile to console gaming and then from gaming into other entertainment and even non-entertainment categories.

He talks of operating multiple global hubs, each with a different set of hosts, broadcasting to a different time zone. This, after all, is the vision of entertainment in the metaverse era.