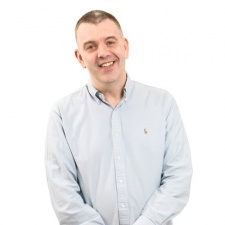 Skaife follows on from Krytonite1 CEO George McDonaugh and Snatch CEO Jamal Hirani as recent additions to the advisory board, along with other recent Head of Operations hire Anthony Bray.

The London-based studio’s free-to-play title Reality Clash is set for release in late 2018. The AR game features player-versus-player combat in real-time, player-hosted tournaments and will release on Android and iOS.

Reality Clash will also feature in-game items which can be bought with in-game cryptocurrency Reality Clash Gold (RCC Gold), with all purchases ERC-20 tokenised on the blockchain.

"I’m thrilled to be able to play a part in the development of Reality Clash, which combines three technologies that are very close to my heart – mobile, cryptocurrency and the blockchain,” said Skaife. “I’m looking forward to working with my fellow Advisory Board members and the rest of the Reality Clash Executive team.”