Todd English takes over as CEO 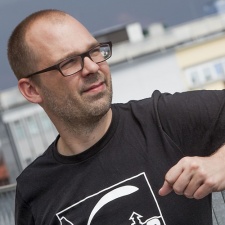 Flaregames has laid off 45 staff at its Karlsruhe HQ and CEO Klass Kersting has stepped down amidst a significant restructuring of its operations.

The company had been ramping up its publishing operations this year, partnering with a number of companies including Sviper and MeeWow Games as part of the Flare Accelerator.

Recent game launches have not lived up to expectations, however. As a result, Flaregames’ publishing services will now be focused around smaller senior-level service teams of game development, live operations and marketing.

This has led to 45 staff being made redundant. Kersting meanwhile is stepping down as CEO but will remain with the company to focus on “new business areas, namely studio and major IP investments”.

Former head of studio Todd English will take over as CEO of the company's publishing business. He has previously worked as PopCap studio director, GameDuell head of studio and Microsoft senior developer before joining Flaregames.

The company is creating a separate entity to Flaregames GmbH that will encompass its studios Keen Flare and Kopla Games, plus other studio acquisitions. It expects to announce some of those deals soon.

More precise details around Flaregames GmbH and the new entity are expected to be announced in January 2019.

“We’re operating in a hit-driven business and while we’ve enjoyed success with recent high-profile launches, it hasn’t been at a scale to sustain the long-term future of the company in its current state,” said Kersting.

“As a consequence, I’ve today announced several key changes, which restructure our operations around our greatest strengths and areas where I feel we can secure the best chance of long-term success."

Flaregames had been on the up for the last few years after success with Nonstop Knight and Nonstop Chuck Norris helped revitalise the company.

In January 2018, the company won an accolade for Best Publisher at the Mobile Games Awards.

2015 in Review: Flaregames CEO Klaas Kersting on the transition from developer to publisher