Naz Amarchi-Cuevas is promoted to chief commercial officer, while a slew of licencing partners for SubSurf has been revealed 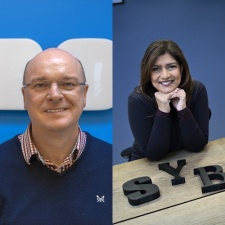 As part of the role, Byrne is charged with heading up strategy and operations for the Danish studio and strengthening the Subway Surfers games roadmap.

He will also be responsible for setting up the right teams for additional games, genres and intellectual properties.

Byrne has been in the industry for over 25 years and has held the role of COO at NaturalMotion, Rovio, Playfish and Electronic Arts UK.

Retail Monster will be responsible for the United States while its UK counterpart will head things up in the UK and Ireland.

Copenhagen-based licensing partner NLC will head things up for the Nordic regions while other agents will be responsible for other parts of the world.

"Since joining SYBO, we have carefully planned the strategy and have now assembled the right partners to deliver the Subway Surfers' authentic street-smart, edgy youth culture, skate, music and dance influence - pillars to which our consumers desire," said Amarchi-Cuevas.

"Each of our new partners understands this and offers a terrific perspective to further bolster the brand in their respective territory, with a unique proposition."