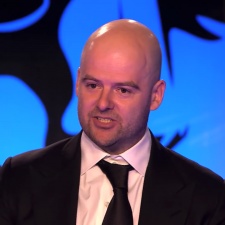 The exit was confirmed via a new filing on Take-Two's investor relations site mentioning that Houser had already been on an "extended break" since Spring last year.

Houser founded Rockstar in 1998 alongside his brother Sam, with the duo playing vital parts in the success of the company, and was the head writer on Red Dead Redemption, Bully and Max Payne 3.

"After an extended break beginning in the spring of 2019, Dan Houser, Vice President, Creative at Rockstar Games, will be leaving the company," reads the filing.

"Dan Houser’s last day will be March 11th, 2020. We are extremely grateful for his contributions. Rockstar Games has built some of the most critically acclaimed and commercially successful game worlds, a global community of passionate fans and an incredibly talented team, which remains focused on current and future projects."

Previous to this, Rockstar Games came under scrutiny after Taxwatch UK revealed that the firm hasn't paid any corporation tax in the past 10 years.

Rockstar Games rumoured to be remastering GTA trilogy for mobile