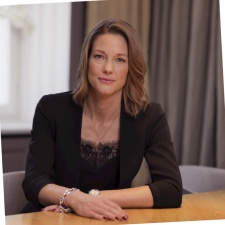 Modern Times Group has shaken up its executive team following the resignation of its president and CEO Jorgen Madsen Lindemann in July of this year.

The outfit's former CFO Maria Redin (pictured) has been tapped as his replacement, having joined the company's management team back in 2015. She's also a board member for MTG's esports and gambling arms. Until it was sold off in 2015, she was the CEO of the company's gaming firm Bet24.

"She has proven herself over many years at MTG to be a strong and inspirational manager," MTG chairman David Chance said. "She knows our business extremely well and, although the Board considered a number of excellent external candidates for the role, her background and skillset were felt to be an excellent fit against the criteria and requirements that the Board considered in making its decision."

Former VP of communications and investor relations Lars Torstensson is replacing Redin in the CFO chair.

MTG is the parent company of Kongregate and InnoGames, as well as esports firms ESL and DreamHack.