Amuzo appoints new Head of Studio and Head of Production 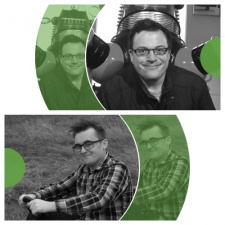 UK-based games developer Amuzo has appointed a new head of studio and head of production, both of which moved up the studio internally.

Amuzo executive producer Nick Roberts will be taking over as head of studio after previously working on several of the studio’s games, including Lego City: My City 2, Card Blast, and WipEout Rush.

As head of studio, Roberts will oversee the everyday operations of Amuzo and will be the main point of contact for partners.

Additionally, both Roberts and Clarke will join the Amuzo board of directors.

"We have a hugely talented team here at Amuzo, and I am delighted to be able to promote from within and welcome two such able colleagues on to the Amuzo board at the start of what promises to be an exciting 2022 for the studio," said Amuzo managing director Peter Phillips.

Roberts added: "What? Me, the head of a game studio where we can create mind-blowing mobile and console games? I just knew those 30 years spent as a game reviewer would come in handy!"

Both Nick Roberts and Brett Clarke will be attending PocketGamer Connects London on February 14 and 15. Meetings can be booked with the pair through MeetToMatch.

Regarding the event, Roberts commented: "I’m really looking forward to meeting up with publishers at PG Connects London to discuss new projects."

In other job news, FunPlus has appointed free-to-play veteran Jeremy Horn as VP and head of innovation to lead the company in new directions.