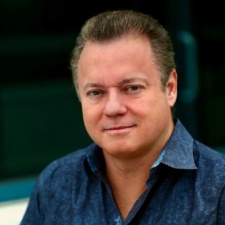 Roblox has announced that John Stauffer has been hired as vice president of engineering for the Engine Group. A 23-year Apple veteran, Stauffer has spent the past 14 of those years as VP of Apple’s Interactive Media Group.

He will be starting at Roblox next week, on 6 December.

Reporting directly up to Roblox CTO Daniel Sturman, Stauffer’s responsibilities will include leading management and strategy relating to Roblox Engine, which runs computations between data centres and users’ devices.

Stauffer has experience leading GPU, audio, media, and other innovations. Before joining Apple, he worked with Macintosh, Linux and PC computers as an early leader in OpenGL and tech for 3D graphics. He was also a Conix co-founder.

"The Roblox Engine is the foundation to what makes Roblox the platform that it is today for tens of millions of people from around the world who come to create, play, explore, learn, and connect in immersive digital experiences," Stauffer said. "I’m thrilled to join this talented team of engineers, and look forward to pushing the limits of what’s possible with the Roblox Engine as we help usher in the metaverse."

Sturman commented: "One of our core values at Roblox is to take the long view, and after an extensive search to find the right talent for this role, we identified John as that exceptional, dedicated engineering leader for the Engine Group.

"Our team is tackling some of the most difficult technical challenges for building 3D immersive experiences, and I look forward to all the amazing things John and the product leads will be able to unlock with our engine in the future."

With the release of Roblox's financials for quarter 3, the company’s strong performance has been showcased with revenue standing at $517.7 million, a 2 percent increase from Q3 2021. The company’s total assets are now worth $5.04 billion.