Industry experts react to the closure of Google Stadia 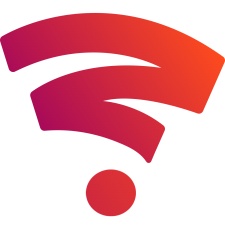 Google announced last month that it will be closing down its cloud gaming service, Stadia, in January 2023.

Stadia allowed users to play a variety of both indie and AAA games, including entries from massive franchises like Resident Evil, Final Fantasy, and Assassin’s Creed, directly from devices such as Android phones and smart TVs. Despite high hopes for the service and a catalogue of heavy hitters, it failed to leave a significant impact on the games space.

So what does this mean for stream gaming? If one of the world’s best-known tech companies struggled to make a success of it, how will its competitors fare? We spoke to our Mobile Mavens about whether they see this as an opportunity, or a crisis.

Game streaming platform Antstream Arcade CEO, Steve Cottam, believes that Stadia’s failure was somewhat inevitable, with the company failing to offer enough unique offerings in contrast to its competitors. “While not so long ago the death of Google Stadia would have been sending shockwaves around the cloud gaming industry, the writing has been on the wall for quite a while. The space has evolved and grown rapidly since the service’s launch in 2019, and with Xbox and Nvidia releasing user figures of over 10 million for their streaming services, it was obvious that Stadia’s offering had fallen behind the curve.”

“Stadia will be remembered for much longer than it existed for, as a proof point that cloud gaming services live and die on their catalogues. Other big tech companies who have started their own cloud gaming initiatives - with few ties to the games industry - will rightly see this as an indicator about what gamers really want when it comes to value, accessibility, and catalogue in cloud gaming.

Metanomic CEO Theo Priestley agrees with this assessment, believing that Google’s ambitions outweighed their ability to properly create a business strategy for the service. “Stadia's failure was one of arrogance and hubris. Much like Amazon's failure to create a business around Lumberyard. They believed that unlimited money buys a strategy. The tech will live on within Google Cloud itself rather than as a standalone service and that's the best place for it.”

Raptor PR CEO Rana Rahman believes that Google’s ambition may have been too great for current infrastructure, and while cloud gaming is certainly becoming more prevalent, it won’t truly take off until technology catches up. “I think the masses will play mostly by cloud once/if the tech catches up. It has the potential to deliver console and PC quality gaming to those who don’t want to invest in costly upfront hardware costs, i.e. the billions of casual gamers across the globe. But for now, the experience is laggy AF, on say GamePass (this is based on my recent qualitative assessment).”

4Players marketing director Patty Toledo agrees with Rahman’s assessment, and believes that technology isn’t quite at the stage where the sector can reach its full potential. She also states her hope that other companies will take note of where Google failed to improve their own services. “I still believe cloud gaming will be successful, but the technology is not there yet and can't be fully embraced by the consumers. Decreasing latency, lack of reliability and data issues make it hard to be trusted. Innovation takes time to achieve its full potential and attract a wider audience, but that doesn't mean it won't succeed at the right time. Hopefully developers will learn from Stadia's failure and improve it to the level consumers need.”

Lessmore head of operations and Womenize! editor Sophie Brugman believes that the failure of Stadia will help the cloud gaming sector to grow, and praised Google’s decision to reimburse customers. “For my part, I firmly believe that we shouldn't shed tears for projects or platforms that were cancelled. Who knows which learnings have been made and which new things are yet to come. The games industry is one that progresses constantly, and shutdowns can be crucial for growth, in the same ways as successes. No matter the company size. (On a note of fairness: It's surely very appreciated by customers that Google does reimburse all costs for money spent.)”

Fundamentally Games CEO Oscar Clarke identified several key problems with the current state of cloud gaming, and stated that Stadia should have taken a quality over quantity approach, focusing on enhancing the gaming experience for players rather than on offering a wider variety of titles. “There is a lot to unpack with the demise of Stadia… was it inevitable? just another failed Google side project? or a sign that the Streaming model doesn’t work? For me there were two key problems, rendering on a server and streaming your personal video is not as efficient and sending game data and rendering locally, especially given that the majority of devices with a screen have some kind of GPU locally.”

“Secondly, All-you-can eat catalogues of content may work for TV and Movies but they are just too limiting for games. We can do so many more interesting things with games experiences from Battlepasses to Tournaments, IAP to rewarded Ads. Does this mean streaming can never work – I don’t think so – Streaming is already here and it takes many forms and doesn’t have to be about all-you-can-eat service offerings. The Netflix for games is not the only use case.”

Gamestream CMO Karen Seror states that the failure of Stadia isn’t reflective of the strength of cloud gaming, and that the sector will continue to grow in strength. “The future of Cloud Gaming is not tied to the fate of Google Stadia. Cloud Gaming is already a reality for millions of players. Stadia's shutdown can't hurt the entire Cloud Gaming industry, as it is the subject of growing interest around the world. The cloud democratises and unlocks years of financial and technological constraints for gamers around the world, and Stadia has been one of the forerunners of this new approach to video gaming. All disruption takes time and Cloud gaming will definitively shape the future of gaming to become the new standard.”

Where have all the mobile indie games gone?