Google’s foray into game streaming never took off as they had hoped, judging by the imminent closure of the service. Was it simply too early to work? 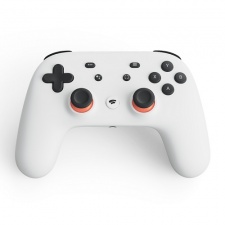 Before a new technology is adopted, many forget that it’s inevitably preceded by a string of failures. Game streaming is a bold idea. After all, who wouldn’t want to play their favourite AAA games wherever they go, regardless of what the device they hold is capable of? This was an idea seized on by search-engine giant Google when they chose to venture in with both a digital storefront and physical hardware for game streaming.

Google Stadia was announced back in 2018 to immediate scepticism from players. The idea seemed too good to be true, and in many ways it was. Game streaming comes with numerous caveats, chief amongst them being the need for a consistent high-speed internet connection. A fair requirement for those in urban, connected areas, but for those in neighbourhoods without reliable internet or indeed out in rural areas, Stadia was simply not an option.

For this reason, amongst hardware issues and perceived poor value-for-money with its subscription and purchase based model, Stadia simply never gained the traction necessary to keep it going. Although it persisted throughout the pandemic, earlier today Vice President and General Manager of Stadia Phil Harrison announced that the service was being shuttered. There is one caveat that may at least leave players who stuck with Stadia some goodwill, as Harrison confirmed refunds for nearly every aspect of the service would be available.

“We will be refunding all Stadia hardware purchases made through the Google Store, and all game and add-on content purchases made through the Stadia store.” Although Harrison does not mention subscriptions being refunded, this should at least void the question of how digital purchases will be handled. Those who remained loyal to Stadia are likely to be unhappy, but at least most are unlikely to be out of pocket.

Game streaming, however, looks unlikely to recede in popularity. Google may indeed have had the unfortunate status of being the early adopter of imperfect technology. With Razer announcing their Razer Edge 5G device and Logitech their G Cloud Device it’s clear other companies have not been dissuaded by Stadia’s lukewarm reception. With services like Gamepass and Geforce Now remaining open, the question is where else this new style of service will go with one of its earliest adopters now gone.