Our posse of industry experts tell us their highlights of 2022 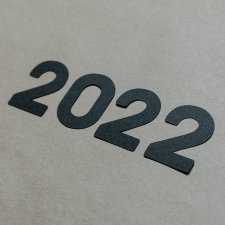 It's the end of 2022. Time to take a look back at the year and take stock of what's happened. We asked our panel of mobile experts for their thoughts on the highlights of 2022. What did we achieve? What were the best bits? And what's setting the scene for a prosperous and successful 2023 to come?

Want to be one of our Mobile Mavens and take part in our weekly email chat? We’d love to hear from you. Mail me at daniel.griffiths@steelmedianetwork.com and join the gang!

2022 may mark the first year of negative growth in gaming's history, but the signs remain hugely positive for mobile. Through 2022 and going back to the start of the pandemic, we’ve tracked a massive increase in kids’ smartphone ownership, particularly 8-10 year olds.

In the US alone, ownership is up 23%, spurring a new generation of mobile gamers. Kids now spend 24% more time playing games on mobile than they did a year ago (an average of more than eight hours per week in the US). Metaverse social games such as Roblox and Minecraft are now primarily being played on mobile, and there’s a large new audience to tap for mobile games studios too.

My 2022 highlight is generative AI. The recent advancements have demonstrated that there is no time to lose as it is already transforming the games industry in general. AI-assisted content creation allows mobile game designers to iterate and build new experiences faster than ever before. In our opinion, it’s mobile gaming companies that will make the best use of that opportunity and will adopt AI faster than other platforms.

Firstly, we know how much the mobile gaming industry is recognised for using new technologies to bootstrap creative workflows in games production. Secondly, the current state of generative AI is also really adapted to the type of assets needed by mobile game creators.

Eventually, with such technologies, smaller studios will gain the opportunity to smartly extend their skill sets. It will not be the first time we see small studios making their way by leveraging new exciting capabilities.

We definitely believe that those collaborating with AI will boost their competitiveness and are excited to see how it will affect the competitive landscape in mobile gaming.

IDFA has been a challenge for all of us this year, making it difficult to run performance marketing campaigns on iOS. Not only has this meant a greater emphasis on Android campaigns, but we've had to be more creative in evaluating the effectiveness of our iOS marketing campaigns.

We wait to see over the coming months how much Google restricts GAID during 2023.

The highlight for me is related to mobile publishers and developers embracing the need to find new ways of growing their businesses. The root causes were related to changes impacting the effectiveness of mobile advertising, an overall maturation of the market and declining revenues, and fears of a recession. Taken together these things all created an atmosphere where stakeholders at these companies have started thinking more deeply about margins and how they could protect, or even grow, them.

One solution that many publishers, large and small, have embraced are mobile web shops that allow them to directly interact and transact with their customers via the web, outside of the app store.

2022 has been a turbulent time economically across the globe, but in spite of adversity, the availability and growth of 5G have taken considerable leaps and bounds in empowering consumers. With the expectation that 5G connections will be hitting well past the billion mark by the end of 2022, it’s been thrilling to be a part of the democratisation of console-quality gaming through mobile devices.

We’ve seen a step-change in access to both blockbuster and industry-defying PC and console titles, as previously, people were priced out of those experiences. This access is partly thanks to the flagship-level processing technology brands continue to incorporate into their devices. In tandem with the adoption of 5G, the recipe for low-latency cloud gaming has created a delectable offering to a mass audience.

A highlight this year was seeing that the mobile gamer community is incredibly accessible and responsive to in-game real-world rewards, and the way in which that is allowing game developers to realize greater return on ad spend.

For example, encouraging players not only to install a new game, but play for seven days straight, or hit a certain level, and in return get a free cheeseburger from their favourite local restaurant, changed player behaviours dramatically.

2022 has been an exceptional year for gaming highlights, but mine is the now infamous Microsoft x Activision Blizzard deal.

Over the last few years, there's been an on-going cold war between Microsoft and Sony to buy up studios and games. Bethesda and Bungie were significant, but are peanuts in comparison to the controversial $68 billion Activision Blizzard proposed mega-deal.

Would it cause a kind of monopoly that damages the games industry, as those who hope to block the deal claim? Something tells me this story is far from over and will extend deep into 2023.

The Games Industry has confirmed its maturity by entering into consolidation, and M&A activities have been driving records during the year. From Take Two acquiring Zynga back in January 2022 to Microsoft acquiring Activision-Blizzard a couple of weeks later.

There have been many interesting highlights during 2022 but for me the most prominent have been Google’s new interstitial ads policy and how it affected mobile game developers and publishers. And Netflix tapping into the world of gaming, building their brand as a game publisher and utilizing their existing subscription models with their new gaming audience.

As for personal highlights, it's definitely been when my friends called me and said "Hey Sophie, we founded our company (Lessmore)! It's going really well and you should join us, too." Which kicked up new adventures for the year.

Another highlight was seeing many colleagues, old and new, at Pocket Gamer Helsinki. Great to be back in mobile, and also seeing how important topics like inclusivity (Hi Claire!) and sustainability (Hi Maria!) now come to focus.

Mobile Mavens: Is this the end for Twitter? And what are our alternatives?