Mobile Mavens: Is this the end for Twitter? And what are our alternatives? 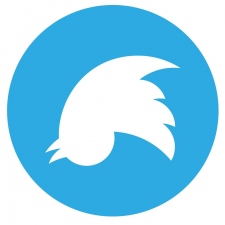 With major upheavals behind the scenes and startling tell-alls spilling into public knowledge, it's safe to say that Elon Musk’s Twitter takeover hasn’t been the slickest of moves. It seems that from his troubled ‘will he/won’t he’ early dealings, through his sink-wielding crisis talks, to his pedantic dumping of key staff, everything Musk has touched at Twitter has turned to shh… you know what.

And let’s not forget that this was already a platform in crisis, famous for spreading more mis-information and upset than fact and fun with a dubious route to long-term profit. In fact, it’s safe to say that many users simply gave up on Twitter before Musk's $8 fake-empowering cash grab, either choosing to share elsewhere or living a brighter, cleaner, less confused real life in the real world. Imagine that.

So how relevant is Twitter to games devs, publishers, marketeers, makers, do-ers and more? Is Twitter an essential part of getting your team moving and getting the word out when the hard work is done?

We asked our familiar group of friendly house-trained games experts for their take on where Twitter is at and where it should be heading. And if they’ve abandoned the platform for pastures new.

Want to be one of our Mobile Mavens and take part in our weekly email chat? We’d love to hear from you. Mail me at gemma.witchalls@steelmedianetwork.com and join the gang.

Like a RPG hero character, Twitter is not dead yet but has been mortally wounded. Even with its company turmoil, Twitter has sufficient momentum and resources to continue in the short to medium term. Even if its cash runs out, its large user base should keep it attractive to new investors.

In the long term, it is unclear if Twitter (in its current format) will survive. Many users are unsure of the direction of the newly acquired Musk entity. If it loses too much of its dedicated user base, Twitter will cease to be. This would be a sad day for game developers. While big publishers can simply buy ad space for their AAA games, mid-size and indie studios rely heavily on social media to get the word out about their upcoming games. Twitter is one of the main channels to promote new games. Just look at the popularity of the hashtag #screenshotsaturday. Every weekend, indie devs pump out new gaming content with this hashtag.

The social and community features of game platforms such as Steam and Google Play are limited and Twitter partially makes up for this deficit. It is also an important asset for game influencers. Even though Twitch and YouTube are their main income sources, Twitter is a useful channel for them to connect with game developers and other professionals in the industry.

Twitter has always been the platform for early adopters in general but by no means the most popular platform for engaging with large gamer communities, where Twitch, Discord and even Reddit take precedence. With this new Elon Era, I believe that it will remain a popular platform for innovators and experts who are ready to pay for accessing the service; especially in the Web3 and crypto field.

My view is that it will become more niche, and popular to its core audience of tech savvy and influential people (designers, artists, investors...) which remain key to many businesses, including ours.

I see Twitter assuming a role of being a space for pioneers, close to what Telegram can be with groups. The question is therefore ‘will this Twitter evolution still be aligned with businesses’ objectives? Or will there be a preference for more mainstream channels, like TikTok for entertainment.’

From the mobile UA perspective, Twitter has always been lagging far behind the advertising behemoths like Meta, Google, and now TikTok. They were simply unable to leverage their massive audience and wealth of user data, and develop ad algorithms that could enable them to move from brand campaigns towards direct-response advertising.

They have three options to progress from a money-burning company to a profitable one:

1) Monetize their users through subscriptions, which is the strategy they’re currently pursuing.

2) Double down on advertising by building better ad tech that will attract performance advertisers. None of the social networks was able to achieve meaningful monetization outside advertising, so it feels like a sure shot.

3) Move from web 2.0 to web 3.0, and find a way to leverage the new monetization opportunities that it brings.

Like it or not, Twitter still can't be beaten for rapidly getting your 'interesting' (controversial? ill-informed?) opinion out to tens of thousands of people. You might not agree with everything you see on there but the nuggets of gold from the people you like and trust make the rest of it bearable.

Sure, it’s got its problems but the uses outweigh the insanity.

Whenever big shifts happen in management, there are always those who believe the end has come and that nothing will ever be the same again. This has happened for megacorps like Disney, to countries like the United Kingdom, and even to the entire financial system of the modern world. Exactly how many times has the "death of the dollar" been predicted now?

The cold-blooded truth is that, whatever you may think of Elon's merciless purge of Twitter's staff, employees typically account for over 70% of a company's expenses. By this metric alone, his ruthless disposal of the Twitter workforce might possibly even bump Twitter into the black by the end of next quarter.

This in turn brings to mind the revenue source of the platform. The amount of times "Advertisers have fled in droves" from a controversial figure, only for them to very quietly slink back into their previous advertising commitments when no one is watching, is the stuff of legends. These two factors combined mean Twitter is very unlikely to die a death of financials.

The only real threat to Twitter is the possibility that Elon has cut too much of the workforce to make the platform function, which is entirely possible. Yet there still has been no grand cascading failure of Twitter services to date. Some serious hiccups here and there, but Twitter thus far appears to be stable on a functional level.

Lastly, humans are creatures of habit. A few will go to other platforms based on principle, but most people simply will not follow. Not unless Twitter is completely incapable of functioning. Should that happen for an extended period, then we can revisit this conversation.

Twitter isn’t over. It remains one of the few social platforms where organic growth is still entirely possible - but recent events have prompted me to explore alternatives for the first time in years. The platform could go one of two ways: bring its advertising capabilities up to the level of competitors like Meta, or monetise its core user base through subscriptions.

The latter could mean the platform’s rebirth as a space for the free exchange of ideas, while clamping down on toxicity. This is easier said than done, but gaming is and will remain a tight community, so what might emerge from this “new” intimate community space is a focus on connecting with industry people and sharing collective creativity in an online environment everyone wants to be a part of.

If Twitter isn’t successful in creating this space, and quickly, Discord, TikTok, and Instagram are all platforms that can evolve their offer to capture fleeing Twitter users. There are also (relative) newcomers such as Mastodon, Post, and Hive Social, which of course need further development to meet newfound demand.

We are quite concerned. As indie developers we have multiple jobs to do to run the studio and for our social media we really focused on Twitter and the indie dev scene. We serve a thousand followers and we spent time/money/talent to get there. We see marketing pulling out and we see the audience dropping off, and a lot less moderation. The first server outage will be the first nail in the coffin and it is coming. We are looking at other options for porting our audience.

Elon is a person that is good at building up companies from small start-ups to titans. Never has he had to take a titan and streamline its efficiency. He has always been the salesman of great ideas from other engineers and designers of other worlds. There are no more ideas left to sell and as the bias king moderator on Twitter, he is single-handedly killing the ecosystem and the company.

On a positive note, we are loving the activation taking place on the platform in the end times. Someone pays $8 and can wipe billions in stocks by calling out unethical and unhuman business practices.

For a long time I've considered Twitter to be toxic. However it can host good things, including retro gaming and indie gaming content and discussions. But ultimately it seems that Twitter and Facebook bring out the worst in us. Hopefully we could, as a human collective, move away from this form of communication.