Connected platform powered by Antix to be announced at MWC 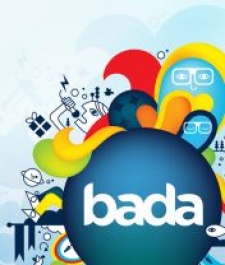 With Samsung's official Mobile World Congress press conference still several hours away, speculation is rife about the precise nature of what will be revealed.Naturally the bada platform and the first bada devices will be centre stage, but it's the nature of the bada platform which we find most intriguing.At the launch of bada in January it was suggested the platform might enable games to be played and shared across a host of different devices, including mobile phones but also a wide range of other Samsung devices including netbooks, TVs and more.While we thought this was a neat but nebulous idea that might materialise at some point in the distant future, it now appears the solution is somewhat closer.Last week in a presentation at Casual Connect, Eric Hobson, CEO of Connect2Media, had a slide referring to connected game projects that were already underway for a new multi-platform solution powered by Antix technology providing a one-build fits all solution across multiple devices (including mobile, TV, netbooks and more) to a major electronics manufacturer.Although neither Hobson, nor the company insider at Samsung we questioned later would confirm the connection on the record, the inference seemed pretty clear, that the bada vision of multi-platform connected gaming is on the verge of becoming a reality.