GDC 2010: Fragmentation is perfect for us says HandyGames' Kassulke

Power to the publisher 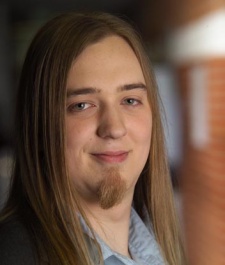 March 12th, 2010 - 07:59am
By Jon Jordan, Contributing Editor
"The amount of fragmentation in the mobile market is madness. It's the perfect playground for us," chuckles Christopher Kassulke, CEO of HandyGames.

With the number of handsets, OS platforms and app stores growing apace, the head of the German mobile publisher, aggregator and developer reckons he's in a prime position to exploit the opportunities.

Concentrating development in its German headquarters also helps in terms of ensuring it can react quickly to requests to optimise games for different devices, operators and territories.

"You only win if you're fast," he comments.

But it's device fragmentation combined with a similar infection now creeping across app stores that Kassulke is really enjoying.

In such an environment, he says HandyGames' experience in dealing directly with operators and handset manufacturers makes it a go-to company.

One OEM came to HandyGames to fill a hole in its games catalog when another company dropped out at the last minute.

Still, the speed at which things are changing means HandyGames is also experimenting with what works in terms of business models and types of games. It recently launched its first freemium games with in-app purchases on the App Store, as well as ad-supported titles.

One thing Kassulke certainly isn't keen on however is the movement of the entire iPhone business to free.

"Price is the way every other market informs consumers about the quality of their products. We need to find a way to combine the paid-for mobile model with the free internet model."