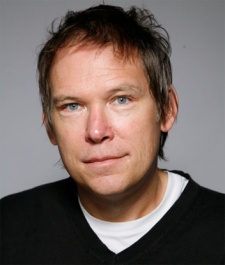 November 16th, 2010 - 03:49pm
By Keith Andrew
Having left Player X back in May, following its sale to Spanish publisher Zed, former CEO Tony Pearce has unveiled his next project  TeePee Games.

Pearce's new company is set to act as a discovery portal for games spanning mobile, social media and the web, providing users with what he claims will be a single spot for all their gaming needs.

"The problem is very clear - game players are simply not finding new games because the top 20 dominates each category," said Pearce.

TeePee will set about redressing the balance between apps at the top of the charts and those unfairly lingering at the bottom by linking up directly with scores of websites and social networks.

"It learns and grows with the user, building a detailed profile of what the user has played across different gaming platforms and in turn recommends the 'best in class' games content, selected for them personally," Pearce added.

Firm foundationsTo back up the move, Pearce claims to have already secured $500,000 in seed funding, with former Sega CEO and current Connect2Media boss Nick Alexander and former GameJacket MD Simon Jones joining the firm's board as chairman and CCO respectively.

Launching in Q1 2011, developers and publishers looking to sign up their titles for day one are advised to contact TeePee via darren.newnham@teepeegames.com.

Tony Pearce: Your games will 'live on GamesGrabr'