The game will bring a tongue-in-cheek take on combat to multiple touchscreen devices, with asynchronous crossplay , including multiple games, possible between Android and iOS handsets.
Battle Buddies is due to arrive on iOS devices in early 2012, with an Android release to follow shortly after. It'll be free-to-play supporting IAP for its business model.

Controlling a team of six, you'll have to out-manoeuver an enemy team by drawing lines of movement around a map.

When asked what influences were at work, we were told it has been inspired by 90s classics such as Laser Squad and X-Com: UFO Defence, combined - of course - with the new batch of social/Facebook freemium titles. 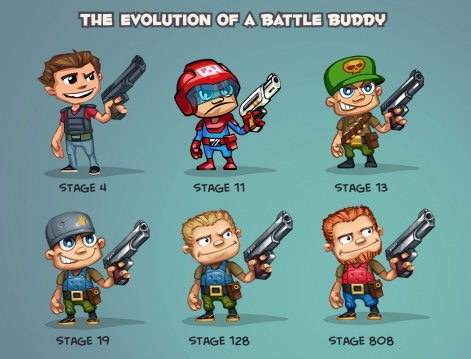 Specifically, the cartoon-styled character design, and customisation options are similar to LittleBig Planet, with the game's large variety of kooky weapons reminiscent of Ratchet and Clank. Its points-based advancement system is similar to a console first person shooter.

The team working on the game has built the toolkit from the ground up and alluded to a possible release of the kit for players to create their own levels in the future.

When we spoke with the Supercell team recently, which is best known for its Facebook game Gunshine, about the project, CEO Ilkka Paananen was keen to point out his company's main aims.

He highlighted the firm's belief in 'social gaming 2.0' what he called a 'rich social gameplay experience'.

"[Social gaming should] not just be spamming your friends' Facebook walls," Panaanen said.

"Social ties are becoming more important than the games themselves."

Microsoft pledges to be "carbon negative" by 2030

We Blew our Brand Marketing Budget on Influencers. It Failed Miserably.