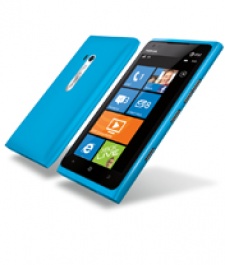 February 27th, 2012 - 09:08am
By Keith Andrew
Those expecting Nokia's press conference at Mobile World Congress to serve as the stage for a buyout by Microsoft will have been disappointed, but the Finnish firm's Barcelona splash wasn't without significant announcements.

As expected, the big news  at least from a Windows Phone perspective  was the revelation that the formally US-only Lumia 900 will launch in other territories around the globe in 2012.

This will kick off with a debut in Canada in April, before the handset reaches out across the Atlantic in Q2 2012.

Best of both worlds

Naturally, the version that ships around the rest of world won't be LTE equipped  the 4G standard not widely supported outside of North America  but, in all other respects, Nokia claimed the handset will be identical to the one it expects to make big waves in the US in the coming months.

Nokia's flagship device will be joined on the shelves by the more budget-friendly Lumia 610, which will retail at around 189  two and a half times cheaper than the 480 Lumia 900. 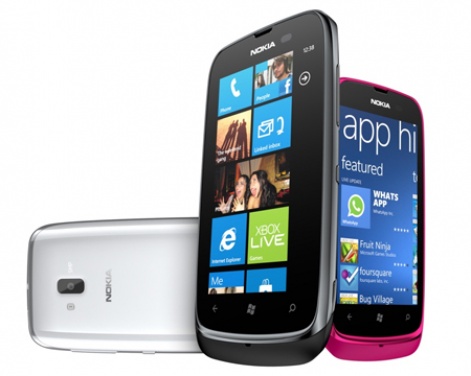 The Finnish firm suggested the handset will be aimed at a "younger audience" to its existing Lumia line-up, with four launch colours  white, cyan, magenta and black - and a "finely bevelled metallic edge" giving the handset a "confident feel".

China in its hands

Indeed, a sense of renewed confidence was the message Nokia tried to push forward throughout its presentation.

The company claimed the rate of app submissions to Windows Phone Marketplace has tripled since its first Lumia devices launched, and  combined with Microsoft's decision to lower the platform's system requirements to 256MB of memory and to support Qualcomm's 7x27a chipsets  Nokia is looking to expand the platform's footprint further by targeting China.

Windows Phone is now compatible with Chinese mobile networks, it was stated, and the Lumia range will roll out across the biggest market in the world in 2012  though individual handsets and launch dates were not mentioned.

In all, however, Windows Phone's total expressible market will up 60 percent as a result of Microsoft's boundary shift, and Nokia pitched the Lumia 610 as the device leading the charge.

"We have changed the clock speed of Nokia, demonstrating we can very quickly change our strategy," said Stephen Elop, noting the pace at which the first Lumia devices  the "first real Windows Phones", as billed  made it to market.

On the software front, Microsoft used Nokia's stage to announce a beta version of the first official Skype app for Windows Phone.

Nokia itself also unveiled an update to Nokia Maps and the launch of new services such as book, audiobooks and newsstream reader Nokia Reading, and door-to-door route planner Nokia Transport, all designed to set the Lumia range apart from other devices running Microsoft's OS.