Former Activision and PlayStation men on board

June 27th, 2012 - 02:52pm
By Keith Andrew
With the merits of HTML5 as a language for game development currently hitting the headlines, those behind PlayCanvas couldn't have picked a better time to come to the fore.

The new HTML5 development environment is designed to provide a cloud-based, end to end solution specifically designed for 3D releases  exactly the area where the competence of the language is currently under scrutiny.

The company has been founded by former Activision and Criterion man Will Eastcott and Dave Evans, who was one of the driving forces behind Sony's PlayStation Home.

Both have set themselves the task of "solving the complexities of the technology" to help deliver "some of the most sophisticated web game releases to date." 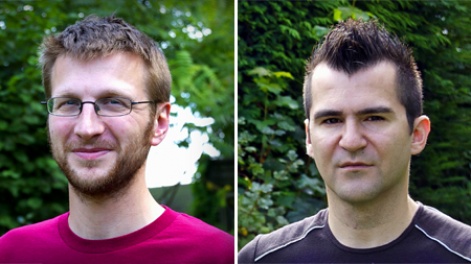 "HTML5 technologies are currently generating an incredible amount of excitement in the games industry," said Eastcott.

"The potential is astonishing, but developers are being held back by a lack of quality tools. PlayCanvas addresses this with a comprehensive visual editing environment that makes HTML5 game creation a breeze. But what truly sets PlayCanvas apart is that it's the first fully cloud-hosted game development environment.

"Developers can access their projects from any device with a browser, collaborate seamlessly in realtime with others, and publish games live to the web with a few mouse clicks. Game development is now more accessible and easier than ever before."

PlayCanvas, which has more than 40 years of industry experience behind it thanks to Eastcott and Evans, will look to prove itself at Google's I/O event in San Francisco between 27-29 June.

The firm will present at the conference's Developer Sandbox, with Eastcott claiming such a stage will prove to be an important debut for the company.

"Google I/O is a massively influential event and only features the most leading edge technical work so we are very proud and encouraged that we made the grade," he concluded.

PlayCanvas will launch publicly before the end of 2012. Those wanting to fill a slot on the platform's private beta should visit the PlayCanvas website.