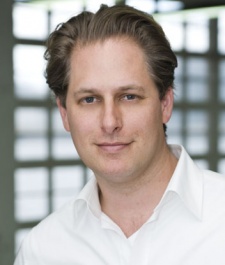 September 26th, 2012 - 05:36pm
By Jon Jordan, Contributing Editor
"We focus a lot on data. Our business is run on metrics," said Pascal Zuta, CEO, Aeria Games Europe, kicking off his talk at the F2P Summit.

Entitled 'Secrets of the global F2P market revealed', the US-based company runs 20 mid/hardcore PC and browser MMOGs and is aggressively expanding into mobile.

Its community is growing up 1 million registrations per month, mainly in Europe, and it sees monthly ARPU of between $70-$140.

Zuta claimed that one of Aeria's strengths is the way it compares metrics such as user acquisition and ARPU across its portfolio and the countries each game supports.

One example of this are seasonal and weekly cycles.

Users who registered on Thursdays are apparently likely to spend more in-game that those who register on a Monday.

Similarly, during the Muslim religious festival of Ramadan, user registration in Turkey peaked as people had additional leisure time.

Another surprising metric was that players who registered for Aeria's shooter Wolf Team on Valentine's Day had a 30 percent higher 90-day retention rate than those who register on other days.

Whereas, in the same game, during the European soccer championships, German user rates dropped sharply, although UK usage was unaffected.