Chart of the Week: 71% of developers think ad networks exaggerate their eCPMs rates

And while best practises are slowly emerging, there's still plenty of confusion, both in terms of how to run campaigns, and which of the many options to employ.

Papaya Mobile is keen to know how developers are dealing with this situation; not least because it offers AppFlood, a non-incentivised cross-promotion platform for iOS and Android games.

This isn't to say its survey - Developer Attitudes to App Marketing 2013 - is a sales pitch for its own product, however.

Instead, it's the combined wisdom from 1,022 developers, broken down in large (more than 51 staff), small (less than 15), and medium companies (the inbetweens).

In terms of allocated budgets, unsurprisingly, the smaller developers are spending sub-$5,000 amounts, but medium and large companies aren't emptying their wallets either. 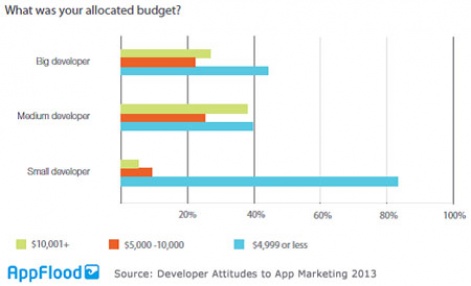 This might be reflected in the perceived effectiveness of these campaigns.

Larger developers were the least extreme in their attitudes. 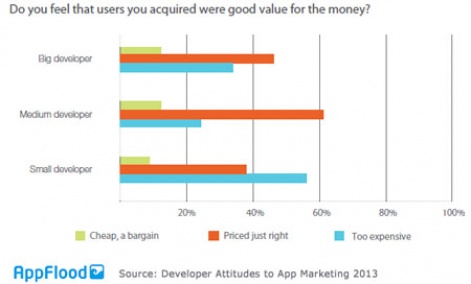 As for generating cash from running in-game adverts, the majority of developers - 71 percent - thought advertising networks exaggerated their eCPMs to get them to sign up. 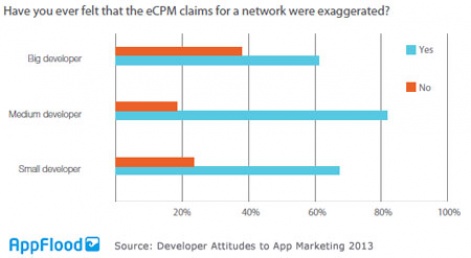 "To get customers, most of the ad networks use a dishonest way of promising high eCPMs and delivering it - but only in the first month," commented one developers.

You can read the full survey, which features the responses to 11 questions, here.