GMIC Preview: Where will mobile games go in 2014?

A look at the games and platforms that will dominate 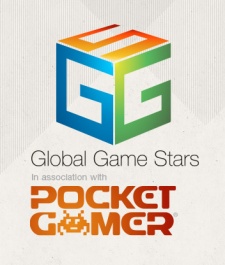 All week we've been previewing the outstanding programming that will take place as the Pocket Gamer Global Game Stars Track @ GMICon Tuesday, 22 October in San Francisco.

Looking ahead to the conference, we asked some of the big names set to take to the stage to give their insight on the mobile market in 2014, tasking them with giving us their take on just where mobile games will go next.

"In the final months of 2013 and into 2014 we will see the first seamless tablet to console companion experiences for gamers, where tablet players are part of the action when in the same room as the console," said Chris Early, VP of digital publishing at Ubisoft.

"When away they can extend the game and brand experience."

According to Fabien-Pierre Nicolas, general manager of mobile Perfect World, 2014 will see the first big 3D MMORPG hits on iPad.

"There will be many outstanding MOBAs with asynch or synchronous gameplay allowing a breakthrough LoL style hit. More true cross-platform multiplayer experience between PC, tablet and mobile on genre-like turn-based strategy or non skill-based board games.

"There will also be the rise of mobile UGCs in games through multiple experiences leveraging the existing know-how of consumers for social network tools.

A world of possibilities with AR

For VP of product management at Qualcomm Jay Wright, the future of mobile is about bringing 3D gameplay to real world enviroments.

"Your kids will bring super heroes to life in their bedrooms. You will configure your own levels and game worlds by simply arranging everyday objects on the table or floor.

"This will all be possible with a combination of new hardware and vision software coming to mobile devices. Depth-aware cameras such as the PrimeSense Capri combined with Vuforia Smart Terrain will unlock a new world of creative possibilities, and potentially a new genre of gaming altogether."

Remco van den elzen, CCO and co-founder at Distimo, believes next year's focus may shift away from the small screen in our hands to the big screen in our living rooms.

"Quite a few companies have tried to build seamless integrations between their mobile devices and their TV experience, however, it has not really taken off yet with developers and customers in terms of gaming," he offered.

"I think that we may come closer in 2014 - one company that may be able to actually pull this off well is Amazon."

Van den elzen believes rumours Amazon is set to launch a TV set top box for Christmas and smartphones in 2014 could also make an impact on the gaming scene.

"While this may not be considered a mindblowing experience, we feel that with the monetisation effectiveness that Amazon has brought to Android with its Appstore, may be a very interesting opportunity for both the game developer and the casual gamer looking to make it past just one more level."

Looking forward will also be the focus of Xbox co-founder Ed Fries' keynote, with Fries set to take attendees on a high speed ride in search of "Secrets From the Future."

Fries will explore his observations of why some succeed while others fail, and why we are still waiting for inventions long promised while enjoying other technologies no one could have imagined.

What's more, Unity CEO David Helgason will present the closing keynote attempting to answer the question, "How Big Will Mobile Games Get?"

"Mobile games have been growing in pretty much every measurable sense that for years now," explained Helgason.

"Mobile devices have made games that much more accessible, understandable, and easy enough to play in more digestible bursts like on bus rides or while waiting at the DMV. The market is already gigantic and has the potential to be so much more so whats going to stop it?

"The incredible growth - as evidenced by the massive Supercell deal - begs the question, how big can mobile games actually get? Will it be curtailed by limitations of design or device manufacturing? Simple economics of expensive devices and the potential rising costs of mobile games?

"It might just end up being the population itself that limits growth or maybe laws of physics are the only limiting option!"

Thanks to the generous support of by our track sponsors UCWeb, Logitech, NativeX, SGN, Distimo, InMobi, Fiksu, HasOffers and Chukong USA, for a limited time, you can attend the Pocket Gamer Global Game Stars Track @ GMIC for FREE when registering under the "Pocket Gamer Network - Global Game Stars" option.

This offer is only available to a limited number of Pocket Gamer readers, so register for your free GGS track badge today.

To enjoy GMIC and all it has to offer, click here for 20 percent off Gold and VIP passes or for a free expo pass, click here.

Then when the sun goes down, party like the future is here
with Pocket Gamer, Qualcomm & Everyplay. Delight in drinks, bites and beats by DJ R3Y in the swanky subterranean digs of Vessel nightclub. RSVP here for a free afterparty ticket.