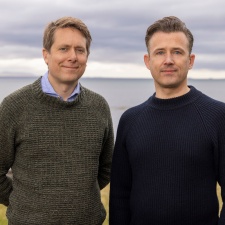 Former Unity CEO and founder David Helgason has announced the launch of Transition Labs, an Iceland-based climate initiative, at the Ok, Bye! conference.

As Transition Labs’ founder, Helgason is also a chairman of the initiative and is joined by co-founder and CEO Kjartan Olafsson with a shared goal of scaling climate solutions.

Helgason co-founded Unity Technologies back in 2003 and worked as its CEO until 2014. Since then he has remained on its board of directors but has taken more of an interest in "green gaming" and low-carbon economies.

"Several of the solutions to the climate crisis already exist - but they need to be identified, invested in, and scaled up," Helgason said. "The scaling part is where Transition Labs comes in. Deploying and scaling real-world solutions and technologies can have a long lead time, and we aim to cut down that lead time with our expertise, network, resources and plug-and-play approach to getting things started."

"Running Tide is exactly the type of company we’re building Transition Labs for. It has a potentially massive impact, is ready to be scaled, and can leverage so much of Iceland’s unique strengths," said Olafsson.

Running Tide founder and CEO Marty Odlin commented: "We are deeply grateful for the support of our Icelandic partners, the Icelandic government, and the Icelandic people in developing, deploying, and scaling solutions that will combat climate change and improve lives, both here in Iceland and around the world.”

The desperate need for more proactive approaches to environmentalism is not lost on the games industry. PocketGamer.biz recently spoke with Gameforest.club, winners of Best Innovation at the 2022 Mobile Games Awards, on giving an opportunity to games companies to celebrate their green credentials.