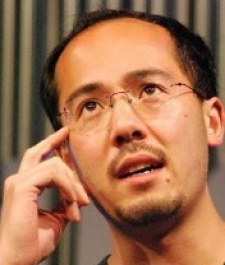 When considering crowdfunding, it's easy to see taking to Kickstarter and co. as little more than a way to raise money. For Six to Start CEO Adrian Hon, however, there's much more too it than that.

Speaking during GDC Next in Los Angeles, Hon compared crowdfunding to "fulfilling dreams", citing products such as the pebble smartwatch and Oculus Rift as items some consumers look at and determine they "need".

Hon knows a thing or two about successful Kickstarters. In 2011, Six to Start launched a Kickstarter for the innovative fitness game Zombies, Run! with a modest goal of $12,500.

It earned almost six times that figure ($72,627) and was the biggest video game Kickstarter of 2011 - a distinction it held until it was dethroned by some upstart company called Double Fine.

"It was a great way to prove concept," Hon noted, when speaking about Zombies, Run! "instead of trying to convince managers and middlemen [for funding], we could jump right past them."

On stage at GDC Next, Hon focused his talk on relating the lessons he and the Six to Start team learned from Zombies, Run!'s campaign.

"You have to have a very strong constitution to put a Kickstarter out there especially if you're already running a business," Hon cautioned. "It's a very public way to succeed or fail."

And be sure you price your campaign realistically.

"The biggest reason kickstarters fail, outside of terrible ideas, is when people ask for too much money."

With that sorted, you'll next want to focus your efforts on creating a game that's "the epitome of what people want - that's why we think so many Kickstarters succeed if they're based on nostalgia."

He continued, "People think, 'I really liked adventure games but no one's making them any more."

After giving a firm warning and a vague direction to head in, Hon next reveled what you should focus on to wind up on the happy side of the crowdfunding divide.

"You really have to boil your game down to a single sentence to succeed with crowdfunding," he noted, and with Zombies, Run! "People understood the idea quickly and easily. They got it immediately. It means, 'we're going to run in the real world with zombies and it'll make me fit'."

But outside of the pitch, you also need to do your research.

"There are tools like Kicktraq that let you analyse how or why projects fail. Look at projects similar to yours, see what they do well and what they don't do well. In any other industry, you'd pay thousands of dollars for this information, but with Kickstarter it's all free."

Community and the press

Another way to hedge your bets with Kickstarter success is to be 'fanatical' with your community engagement. Read comments posted by backers, and respond meaningfully to them.

"People need to know that they're being listened to. This pays dividends down the road," noted Hon.

On the issue of the press and discovery, Hon didn't mince his words. "Most people who find your Kickstarter don't find it by browsing the site, they find it from blog posts and social media."

So does that mean you should aim for local press?

Not necessarily. When asked why UK game Kickstarters have historically struggled to achieve the success of their American counterparts, Hon placed part of the blame on focusing on British press.

"I think UK developers are quite provincial. They [UK developers] spend a lot of time trying to get UK press, and UK press doesn't generate many leads," he explained.

"We were focused on major TV spots in the UK and made about £50 from them. Forget about chasing the UK press, and just go for the US blogs."

Another recommendation Hon's in favour of is coming to the campaign with a proof of concept.

In other words, don't launch a campaign without a playable demo or - at the very least - a video. Otherwise, you'll have a hard time convincing players that you're capable of delivering what they want.

And finally, think about cleaning up your pledge levels since most players will want to get the game.

"No one cares about the other stuff, they just want to get the game. I know it feels a bit weird to have your main pledge level at the top of the list, but it'll make your life easier."

"It's essential to the flourishing of digital culture." Adrian Hon on the importance of alternative app stores