Small but on your wrist 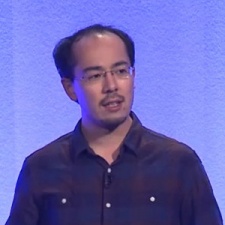 Back in January 2015 - before the Apple Watch launched - Adrian Hon gave his views on the future of the wearable gaming market at Pocket Gamer Connects London 2015.

As CEO of London developer Six to Start - best known for its running game Zombies Run! - Hon is well placed to consider the strengths and weakness of the wearables market.

The phone has a bigger and better screen so you have to think carefully about the situations in which someone would be using their smartwatch instead of their phone, he points out.

Of course, fitness is one such user case, and although a smartwatch provides new user experience scenarios in terms of possible inputs and sensors activity from a known location (your wrist), Hon says developers should still be carefully of limitations.

For one thing, "It's hard to focus on a small screen when you are moving," he says.

Other issues arise from the fact that smartwatch users will be a minority of the overall smart device gaming market - 'an issue for free-to-play games'.

Indeed, in conclusion Hon says, 'I think it will take years to work out what works and even then it won't be as big as phone and tablets'.

Video: Appboy on the importance of personalised push notifications