Adrian Hon is not convinced 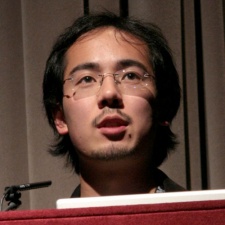 Adrian Hon, the CEO of UK studio Six to Start, effectively created a wearable gaming hit before the concept of wearables had even been properly established, in the form of Zombies, Run!

This phenomenally successful fitness game has runners the world over donning unwieldy sports armbands for their iPhones, and - thanks to its audio prompts - reimagining their tedious, routine jog as a race for survival against the living dead – and this was back when the Apple Watch was but a futuristic dream.

However, in his talk on the future of wearable gaming at the Pocket Gamer Connects London 2015 conference, his overarching message was to bring "a dose of scepticism" to the wearable conversation, at least as far as gaming is concerned.

Ever prescient, Hon started out by discouraging developers to work with Google Glass at this early stage – little more than a day or two before Google announced it was withdrawing the hardware from sale, at least in its current form.

"It is not even worth prototyping on Google Glass," said Hon. "It's so far from being a finished product you won't learn anything valuable."

He also pointed to the low cost of some Android Wear – the LG Smartwatch being his particular example – as devaluing the hardware is making it unappealing to the consumer.

"We don't see a lot of people using Android Wear," he observed. "It's not a big market."

The future of time

Hon's account of the wearable market wasn't entirely without the glimmer of positivity, as he noted that a smartwatch can be more subtly worn with a number of outfits than the bulk of a phone.

We don't see a lot of people using Android Wear. It's not a big market.

"My girlfriend can't actually bring a phone with her all the time," said Hon. "But she can wear a watch. That's actually a big deal."

Whether it is a big deal in gaming terms, however, is something of which Hon appeared to be unconvinced.

He mentioned that "new sensors in known body position, accelerometer, heart-rate" give smartwatches great potential in the fitness area, but was quick to warn that successes like Zombies, Run! are extremely rare indeed: "There are really very few successes in fitness gaming."

Hon's final message, then? "I think it will take years to figure out what works here... and it won't be as big as smartphones."

Where next for wearables?