Children learn more when they're having fun 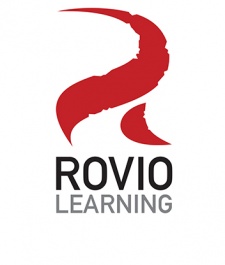 Rovio has lifted the lid on a new third party publishing initiative designed to make learning much more fun. The idea is to introduce a new generation of children to games that are entertaining, engaging and educational.

This fresh venture will see the Angry Birds developer actively searching for third-party games to release under its new publishing banner, with titles mostly aimed at boys and girls between the ages of 3-12.

Rovio is looking for inspiring games that offer real educational value, with the company introducing what it calls a "fun-first approach to learning" that aims to change the way people think about education.

"When kids are bored, their learning plummets," detailed the Finnish firm in a statement given to PocketGamer.biz.

"When they're engaged, anything's possible. So we're looking for new game ideas to entertain kids and motivate them to learn. Games that parents can also feel good about."

Rovio believes its hefty hand in the mobile market  its games having amassed more than 2 billion downloads to date  give it the kind of global reach few others in the market can achieve. Rovio noted that those developer who sign up to the new publishing program would benefit from "extraordinary visibility through our cross-promotion activities."

It isn't, of course, the first time Rovio has published games from outside studios.

The company has previously achieved critical and commercial success with the likes of Icebreaker: A Viking Voyage, Tiny Thief and Juice Cubes  third-party games all delivered through the firm's Rovio Stars publishing platform.

Developers with games that fit the bill can showcase their games to Rovio at GDC in San Francisco this March.

Pocket Gamer and Rovio are teaming up to host the first ever Big Indie Pitch Jr  a pitching session exclusively for studios behind games aimed at kids.

Running alongside our main Big Indie Pitch event in the city on 20 March, look out for more details on how to sign up in the coming weeks.