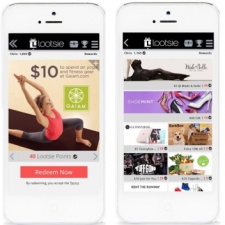 The LA-based loyalty and rewards program Lootsie has officially launched its SDK, giving developers and publishers a new way to interact with their players.

Engineered to tie real-world rewards like gift cards and product vouchers to key achievement, Lootsie rewards players with "Lootsie Points" that can be saved for later redemption or purchases.

Developers have the option, however, to tie specific offers to certain accomplishments - so if a player logs a marathon 5-hour play session in a puzzler, the developer could, for instance, send them enough points for a free cup of coffee.

Described as being "carefully crafted to enhance the user experience - not detract from it" by co-founder and CEO Mar Mitchell, Lootsie seeks to replace banner ads, pop-ups and other forms of traditional advertising.

"With Lootsie, we offer a fresh way for advertisers to engage and create loyalty without being annoying, allowing users to gather points from multiple achievements while they continue their app experience with minimal interruption," Mitchell concluded.

At current, Lootsie allows users to redeem their reward points at retailers like Amazon, Target, Sephora, 1-800-Flowers, Wal-Mart and more.

Those interested in learning more about the service or its SDK can visit Lootsie's site for more information.