Thanks to sponsors Samsung, Immersion, Everyplay & Unity, and the Trailer Farm 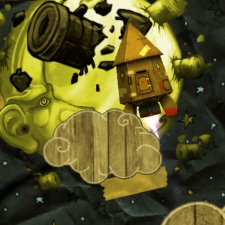 We've seen Mobile Mixers before and we've also judged Big Indie Pitches but this week, Brighton's Alfresco venue played host to the first ever fusion of the two.

The Big Indie Mixer sponsored by Samsung, Immersion, Everyplay & Unity, and the Trailer Farm took on the best of both events.

Sandwiching an engaging panel between two sessions of hardcore pitching, we managed to mix tough talk about the reality of being an indie developer with taking time out to celebrate the best undiscovered talent on the scene.

Coming in to land

In particular it was time for lift off for Paperlander by ThisWayUp Games, which emerged victorious.

This simple but memorable rocket based puzzler channelled the likes of Jetpack and Trials Frontier to create a refreshingly intuitive and challenging puzzle experience, allowing developer Nikos Chagialas to walk away with $5,000 in ad money from the Steel Media network and a free trailer from the lovely people at the Trailer Farm.

But of course there were plenty of other impressive titles on show as well. Second place went to Appointment with F.E.A.R. by Tin Man Games and third to the Ready, Steady, Play from Cowboy Games.

The intriguing Thinking with Marbles also managed to capture the imagination of our judges.

But that was far from the only thing that captured the imagination of our assembled audience. Our panel dedicated to surviving and thriving in the indie landscape provided plenty of food for thought for our panellists.

Anna Marsh from Lady Shotgun, Michael Movel from Fat Pebble, Graham McAllister from Player Research, Oscar Clark from Everyplay & Unity, Bob Heubel from Immersion and Nick Baynes of Ironfist Games shared their thoughts on this tough topic in a frank and engaging manner.

From talking about the sacrifices indies had to make to make their dreams come true to redefining success in an indie context, this was a great conversation which featured some unique viewpoints.

But truly, the evening belonged to our wonderful pitchers.

So thank you to all who turned up and made the evening what it was – we hope to see you all again soon at another one of our captivating events.

You can check out all our photos on our Facebook gallery.