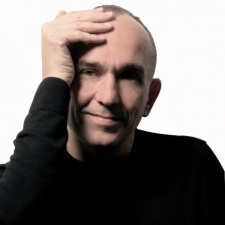 “That’s the advantage of being an independent developer,” chuckles Peter Molyneux, folding his arms with a wry grin.

“I can say whatever I like. Though obviously that gets me into trouble. I’ve had death threats – I now understand what those policemen at events are for.”

If being ardently truthful is one of Molyneux’s most recognisable calling cards, he laid a whole deck of them on the table on stage at Pocket Gamer Connects London 2015.

As the man behind such successes as Black & White and Fable, Molyneux cracked the PC market in leadership positions at Lionhead Studios and EA.

However the mobile market, he argues, has not yet enjoyed that eureka moment. “I’ve still not had an experience on mobile where I feel truly connected to other people,” he explains.

“I mean sure, there’s [sic] features in Clash of Clans and the like, but I don’t mean lobbies, I mean emotion.”

Heartfelt, natural narratives and stories are the secret ingredients that Molyneux believes mobile developers are forgetting to include in their pursuit of profit.

He says that “when monetisation and discovery come along, it often feels forced, and plastered on, it doesn’t feel natural.”

Failure is an option

He argues that his biggest lessons have been learned through making mistakes.

2014 saw Molyneux take his first steps into the world of mobile gaming via that precarious path of free-to-play, and the result was a mixed reception.

According to Molyneux, it was this preoccupation with money that fundamentally damaged Godus – the F2P reimagining of Populous that garnered widespread critical derision.

“The problem for me was I did Kickstarter, and that put us under time pressure when we released the gamma version too early. The motivation that kept you playing the game was missing, as was the emotion, we didn’t push people together.”

It’s learning from these mistakes and creating games with narrative that ultimately, Molyneux believes, will set British games studios on the path to success.