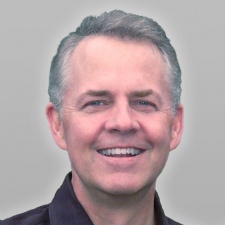 “What kind of value exchange is there when we talk about game devs and game players?”

That was the question Chris Early, VP of Digital Publishing at Ubisoft, used to kick off his
Apps World San Francisco 2015 panel on free-to-play game design considerations.

According to Early, players want to be entertained, and it’s the game designer’s job to figure
out how to do that.

There are more factors at play than some studios take into account, though.

Early argues that players fall into more than just archetypes.

They also have some combination of resources to spend, and designing a good game means allowing each player the chance to invest what they do have into the experience you’ve created for them.

Time, for instance, is a resource.

“The more time [players] spend playing our games, the more they’ll like it, and away it goes
from there,” explained Early.

Attention is also a resource, which goes a bit deeper than time.

Time is short term; attention is long term. Players might invest time into a game now, but will
they remember it a few weeks from now?

A good game, according to Early, lets players utilize one or more of these resources to do the
following: personalize their experience, extend their play time, enhance the gameplay, or accelerate progression.

For an obvious example, players with a lot of money, but not much time, might be more willing
to spend on gear that would take weeks or months to earn manually in-game.

But what about the players who have a lot of time, but no money?

Based on Early’s model, your game should offer alternate ways for those players to enjoy the
game, rather than punish them for lacking a specific resource.

“We have to consider whether or not the player has the resources to complete the game that
we’ve made, and if they don’t, how can we change our design to let them expend the
resources that they do have to play the game?” said Early, who concluded his talk with a
bullet point list of important design considerations: