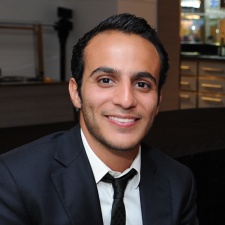 Jonathan Swerdlow: GamyTech has assumed the position of the world’s new face of mobile gaming; by successfully combining the internet's most popular games, a competitive factor and everyone's favourite ingredient, money.

Furthermore, GamyTech is dedicated to raising the presence of eSports on mobile devices.

We also have a very unique characteristic in regards to our cash tournaments - unlike most real money companies, our games are all ability based as opposed to luck or chance.

Therefore, this allows GamyTech to operate and promote their games all over the world.

As mentioned before, all of our games are popular games which either means viral, well-known or traditional games.

We have so far released 2048 For Money, Money Birds, Snake For Money, AA For Money, Bubble For Money and there are so many more to come.

We provide various games in order to appeal to all flavors of the gaming world and satisfy hundreds of thousands of players worldwide.

As one of the fastest-growing sports in the world today, eSports has been progressing at a stupefying rate.

Moreover, events like League of Legends tournaments at the Madison Square Garden generated over 50M viewers and 100K attendees.

The industry has never generated so much income and the prize pool offered to winners has never been so excessive.

Additionally, even if the exponential growth of the booming mobile gaming industry is no secret, it is intriguing to note that the industry is still on the verge of its true success.

GamyTech is dedicated to raising the presence of eSports on mobile devices.

The success of games such as Clash of Clans and Game of War has made TV ads really popular for mobile gaming - we have even seen Liam Neeson featured in a 1-minute commercial during the Super Bowl.

New technologies and platforms such as the Apple Watch and other wearable devices have opened a new market for game developers to design new experiences.

Augmented and virtual reality are gaining popularity and are starting to build their audiences. I am confident that both game developers and gamers will enjoy the experience virtual games have to offer.

Secondly, Instagram and Snapchat recently opened their platforms to mobile advertisers. A lot of gaming advertisers could benefit from this new audience that they will now be able to reach.

As the market is becoming more aggressive and competitive, it will be harder for indie developers to compete with corporations who are investing colossal budgets in advertising.

The emerging countries are becoming a more mature market, and they will account for a significant percentage of mobile games revenues.