Think about your limitations 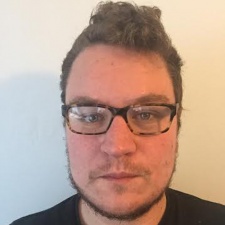 Reviews editor for Pocket Gamer, Harry Slater, took to the stage at the Indie Appocalypse track to explain why the same design processes behind console games don't work for mobile devices.

"There are so many games that I see on a day-to-day basis that try to ape what is on a console," said Slater, before listing three key things that you should avoid when designing for mobile.

First, you need to consider the "limitations" of the console, and try to make the game work with touchscreen controls in a way that is actually engaging.

Secondly, you need to think about how players will "connect" with the game, as "the language of games has changed radically over the last few years."

This again links back to how controls need to be implemented, as society and children are growing into a world where the idea of a screen that cannot be controlled with touch is unthinkable.

Thirdly, Slater says "don't conform", pointing to Progress 100 as a game that, while using the "language" of games as it is now, plays with the numerous options available to create something new.

Finishing on a picture of his scowling cat, Slater asked the audience to, when thinking about the controls of their game, consider the question "what would Harry's cat do?"

Harry's cat would not use twin stick controls, as it happens.

PG Connects Advent Day 19: How to get into PGC London 2018 for free