StartApp on the power of social messaging 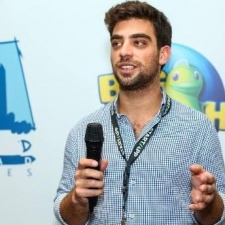 As part of Casual Connect Europe 2016, Yinon Horwitz, Director of Business Development at StartApp, gave a talk on the future of mobile engagement.

"2015 felt like the year where messaging became the big thing", he started, but said that the trend will continue, with more social channels opening up in both standard messaging and dating apps.

The social media apps will branch out, however, as seen with Tencent's WeChat, which has developed other apps for ride-hailing, money sharing, and so on.

Messaging services are also helping to change cultures, with Horwitz giving the example of Tinder having made a major impact in India and how the culture views dating.

This all means that engagement and retention will be higher, which also opens up more revenue channels for developers to use.

As for how this relates to mobile games, Horwitz notes that messaging services that allow people to play games together, like Japan's LINE service, will become more popular.

This is thanks to the high retention and engagement, which if developer's can harness for their game by implementing messaging in their games or the like, will find more success in the coming years.

StartApp on the power of fast-emerging mobile markets like Russia, Brazil and Saudi Arabia